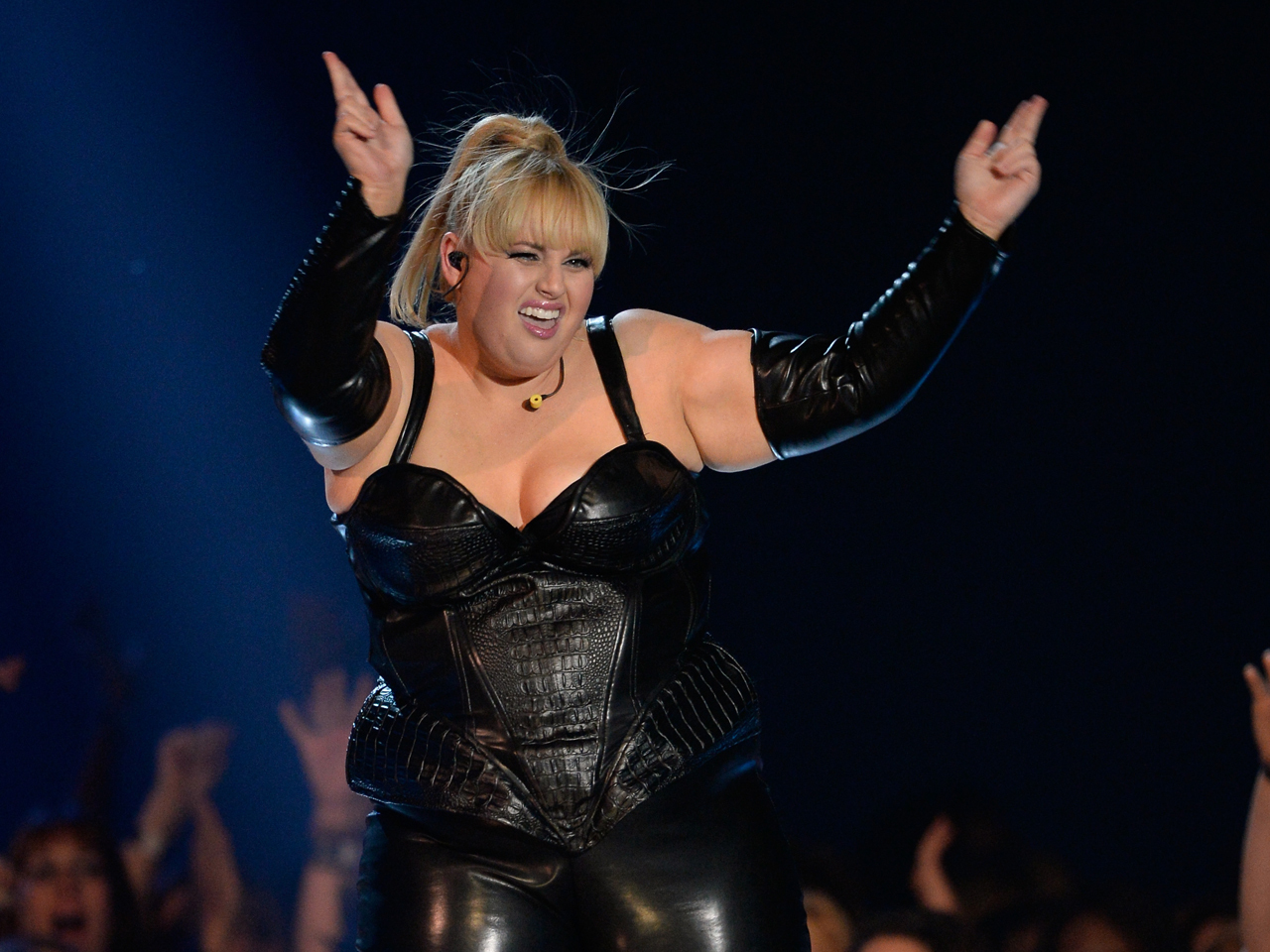 "I'm just a fat, simple girl from Australia. All I've ever hosted is this parasitic worm," she told James Franco during a pre-taped opening segment at the beginning of the show.

Wilson opened and closed the show wearing Iron Man-style armor, which Franco warned her had been designed for Mila Kunis.

Wilson was a double winner on Sunday -- she picked up the breakthrough performance award for her work in "Pitch Perfect" and shared in the film's award for best musical moment. Its stars, including Brittany Snow and Skylar Astin, opened the show with a mash-up medley.

"I was a bit surprised they asked me to host, and so was MTV -- they thought I was Adele," Wilson joked.

She started the night in a pink tracksuit decorated with koalas, which came off to reveal a black leather ensemble underneath. Later in the night, she changed into a sparkly dress that was a subject of a "wardrobe malfunction" bit.

Was Wilson a good MTV Movie Awards host? Vote in our poll and share your thoughts in the comments.