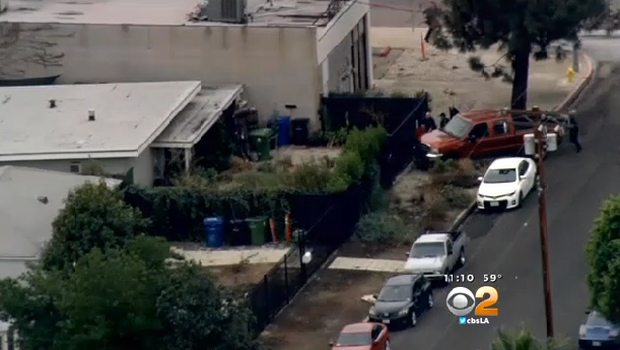 The pursuit began when police realized that a vehicle was evidently stolen. Then, the chase escalated after the suspect crashed into the back of another vehicle and got out, according to the station.

The suspect initially continued to flee on a skateboard, but decided to run -- holding the skateboard in his hand. As the suspect crossed another road, a red pickup driven by Pizarro attempted to cut him off, and succeeded in slowing him down, according to CBS Los Angeles.

The suspect then ran into a nearby neighborhood, at which point the reality TV star pinned the suspect onto a fence with the pickup. Police quickly apprehended the suspect and took him into custody.

"It's just instinct, just to block the guy off and slow him down a little bit," Pizarro told CBS Los Angeles. "The cops are doing their job and it's not easy, so every little bit of help they can get from people like myself, it goes a long way."