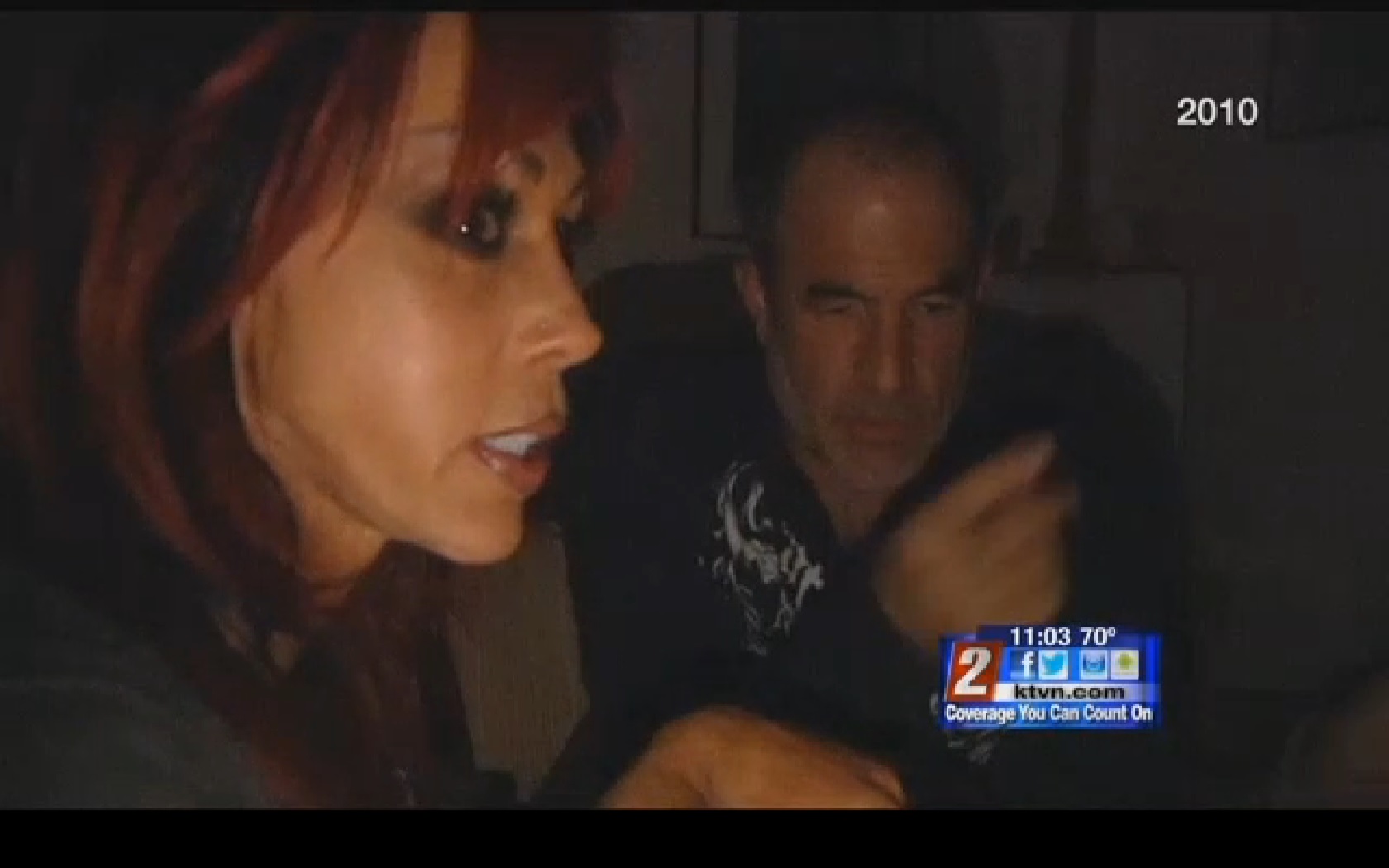 SPARKS, Nev. -- Police say a shootout Wednesday may have led to the deaths of an estranged husband and wife who appeared as ghost hunters in the television show "Ghost Adventures."

Officers investigating a homicide that occurred earlier Wednesday found Mark and Debby Constantino dead inside a barricaded apartment in Sparks, Nev. Officials weren't saying how the couple, or the earlier homicide victim died, but said Mark Constantino fired at officers who approached the apartment door.

Reno police have released few new details about the chain of events that led to Tuesday's deaths in the Sparks apartment several hours after the killing of another man in Reno.

The Constantinos were featured in recent years on the Travel Channel series, including episodes shot at the Mustang Ranch brothel east of Reno, the Goldfield Hotel and the Market Street Cinema in San Francisco.

The couple was found dead when a SWAT team responding to a hostage situation stormed their adult daughter's apartment.

"The subjects involved in this incident were not shot at or injured by gunfire from any law enforcement personnel," he said in an email to The Associated Press.

Reno police had responded to a call at 6:30 a.m. Tuesday about a man found dead at a home in northwest Reno where Debby Constantino and another woman had been living. Officers tracked her cellphone to the apartment across town in Sparks.

Police have said little about the Reno killing, but Lt. Triplett confirmed Wednesday that the two incidents were "directly related."

Officers heard several gunshots when they knocked on the apartment door and heard a man yelling at police to leave. The man told the officers, "Give me 15 minutes to gather my thoughts, or I'll kill her," Reno Deputy Police Chief Tom Robinson told the newspaper.

Police used explosives to open the door. An officer was hurt by broken glass and taken to a hospital.

Washoe District Court records show Debby Constantino obtained a restraining order that was served on her estranged husband last week, and the two were scheduled to appear in court in December regarding their pending divorce.