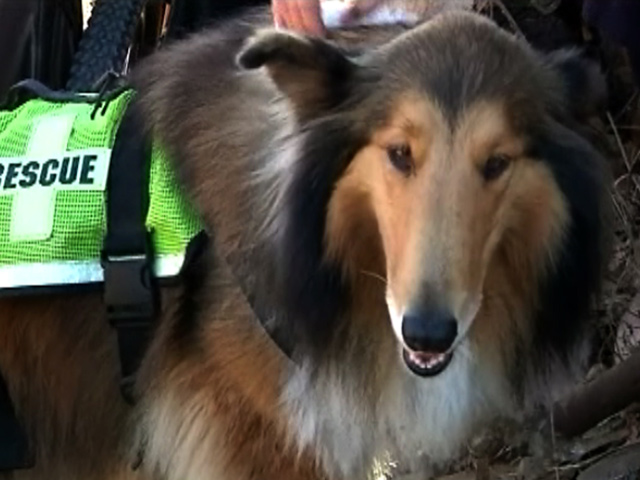 In central California, it was Lassie to the rescue - for real.

After two days of searching by air and land, a 62-year-old woman -- who has dementia - was found in a creek bed in Los Osos.

The rescue was caught on tape.

A search-and-rescue collie named Lassie - and who's a dead-ringer for the famed TV collie by the same name - spotted her in rough terrain that had been overlooked by the searchers.

Dave Smee, of San Luis Obispo County Search and rescue, told CBS Santa Maria, Calif. affiliate KCOY-TV, "It was very difficult to get into the stream. We worked for about a half-hour going through the brush and stuff. And then, Lassie went around the corner, in the creek bed, and found our subject down there in the creek bed."

The woman was treated for minor injuries.