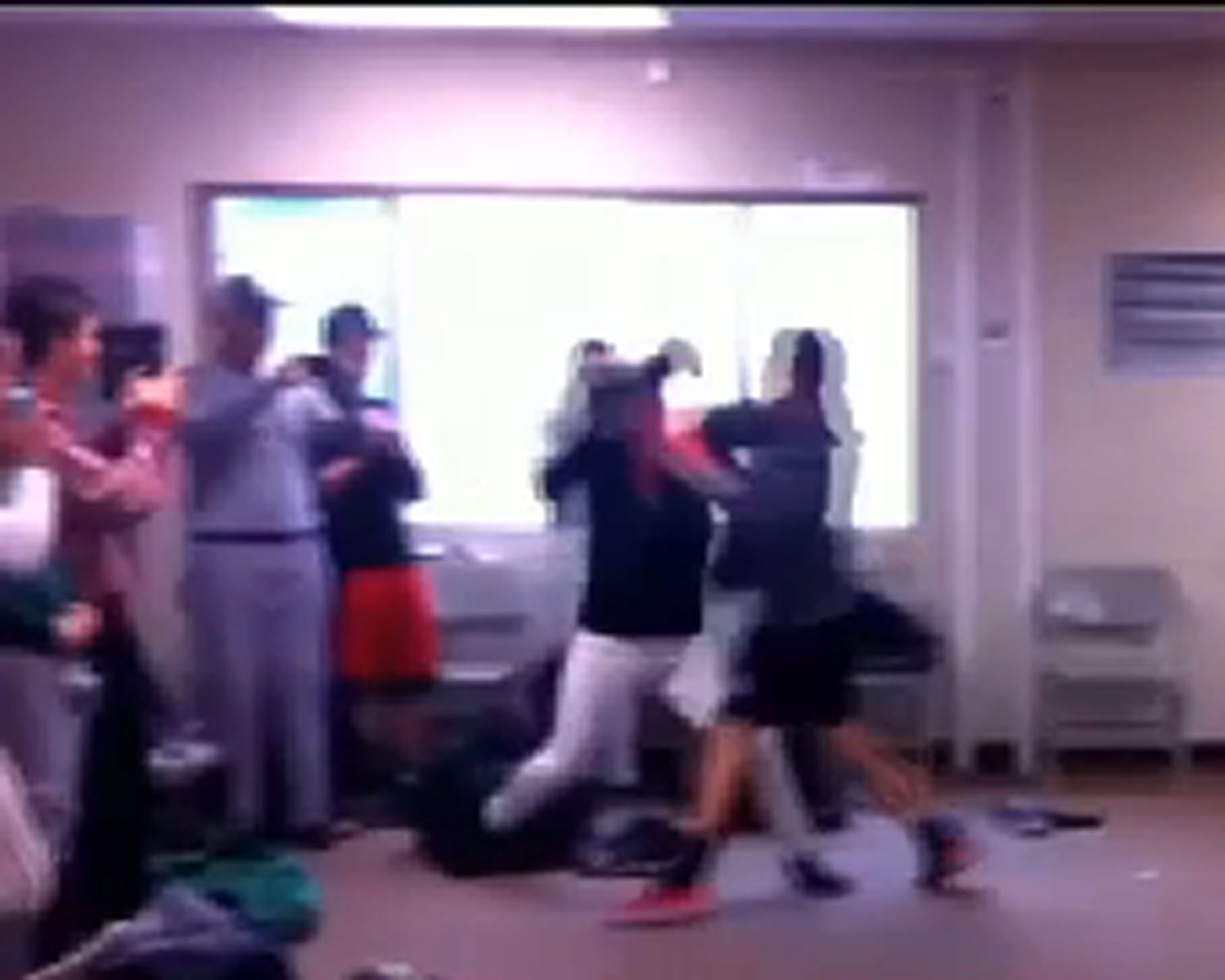 The unidentified parent, whose child doesn't attend the school, told the station that coaches have supported the behavior for years as a way for players to resolve their differences, and that the last boy standing wins.

According to the station, no one at the Victorville school was willing to speak on-camera about the purported "fight club" video, including Principal Chris Douglass.

The principal did say students told him the brawl happened on one day, when junior varsity players were messing around. He also insisted coaches were never involved in any of the fights.

The parent who sent the video, according to CBS Los Angeles, said the fights didn't happen on the same day, as evidenced by the students wearing different clothing.

It's unclear if any student has been seriously hurt in the bouts.

Until the issue is resolved, players aren't allowed to go into the changing rooms without adult supervision, CBS Los Angeles reported.