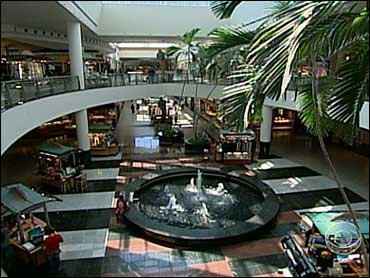 The recession has already taken its toll on retailers across the country. Now shopping malls themselves are in big trouble. One of the largest mall owners in this country filed for Chapter 11 bankruptcy Thursday.

General Growth Properties, which owns more than 200 malls, is more than $27 billion in debt - another sign that the meltdown in residential real estate is now spreading to the commercial sector as well, as CBS News correspondent Kelly Cobiella reports.

From New York's South Street Seaport, to the 100-store Fanieul Hall in Boston, to the Lincolnshire Mall in Chicago, shoppers are apparently just not spending like they used to. The bankruptcy filing by the Chicago-based GGP is the largest bankruptcy filing in the history of the American real estate business.

"Today there isn't enough capacity in the credit markets to refinance the debt for companies such as ourselves," said Tom Nolan, GGP's chief operating officer.

And GGP is not alone. Commercial real estate is on the verge of collapse --just like the housing market before it. Stores are closing at a pace not seen since 2001: 148,000 last year, with nearly that many predicted again this year.

Behind every empty storefront is a property owner like Yves Barroukh in Miami. He says his vacancy rate has shot up to 20 percent this year from 5 percent last year.

He's scrapping big projects, living off his savings, and dropping rents by more than half. One empty storefront started at $12,000 a month.

Office space is in trouble too. The vacancy rate in San Francisco is up over 50 percent from last year. In Phoenix, it's up 45 percent, and in Palm Beach Florida, office vacancy is flirting with the one quarter mark and rising.

Barbara Burgis closed her South Florida yoga studio this month and is working out of her home. The landlord couldn't drop the rent low enough.

Landlords with higher vacancy rates and lower rental incomes are only part of the problem. Landlords are struggling to refinance loans in a credit market that still hasn't thawed.

By one estimate, $400 billion in commercial mortgages are at risk of default or foreclosure this year.

As unemployment rises and spending drops the need for office and retail space continues to plunge.

Both Barroukh and Burgis are hoping to hang on, stretching their savings to survive the fall.