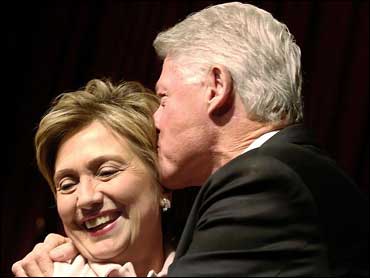 As has been the case for a number of years, nearly all Americans say they would vote for a woman for president from their own political party if she were qualified, a CBS News/New York Times poll has found. And while a significantly smaller majority thinks America is actually ready to elect a woman president, that number is still the highest ever found by a CBS News poll.

Ninety-two percent of adults now say they would vote for a woman for president from their political party if she were qualified for the job. This support has increased steadily over the past 50 years.

Would You Vote For As Woman For President If She Were Qualified?

Significant majorities of all demographic groups say they would vote for a qualified woman from their own party for president.

Today, 55 percent of those polled think America is ready for a woman president. This is up 7 percentage points from December 1999, and the highest number since CBS News started asking the question in 1996. Still, 38 percent say the country is not ready for a woman to lead the country.

Is America Ready For A Woman President?

Men are actually more likely than women to say the country is ready for a woman to be president. Sixty percent of men say so, compared to 51 percent of women. In 1999, both groups were divided on the issue.

Younger Americans are also more likely to think America is ready for a woman commander-in-chief. Seniors are actually split on the question: 46 percent do not think the country is ready, while 44 percent say it is.

This poll was conducted among a nationwide random sample of 1,229 adults, interviewed by telephone January 20-25, 2006. The error due to sampling for results based on the entire sample could be plus or minus three percentage points.
For detailed information on how CBS News conducts public opinion surveys, click here.