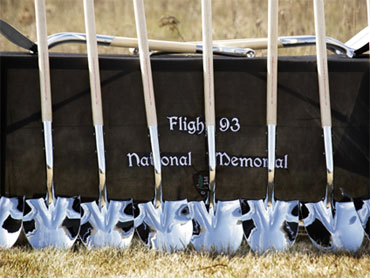 
She loves him, she really loves him. That's her story and she's sticking to it.

Five years after the tumult of Monica, the grand jury and impeachment, Hillary Rodham Clinton is a U.S. senator, $8 million richer and, yes, still married. As she makes the rounds selling her book and breaking her silence, the most stunning moments come when she seems to melt when she talks about how "Bill is the most interesting, energizing and fully alive man she's ever known" and someone "who can always make me laugh."

Clinton says forgiveness is a concept that has intrigued her for years. She talks about how struck she was at the inauguration of South African President Nelson Mandela in 1994, when he honored three of his jailers who had treated him with respect during his imprisonment. Mandela told her that he learned in prison to "look deeply into his own heart to deal with his pain," and that forgiveness required tremendous discipline. He told her that the day he left prison he decided, "if I didn't leave the bitterness and hatred behind me, I'd still be in prison."

Everyone has their own take on the Clinton marriage, and it's doubtful this book will change many minds. But beyond the stories of sex, lies and personal humiliation, Clinton's memoir, "Living History," is a story of a woman living her life in the center of political intrigue, legal wrangling and media frenzies. How she kept her own sanity and lived to fight another day may be the long-term value of the book. In fact, someday her marriage may be of lesser import as a key to understanding Hillary than looking at her way of managing complex political, legal and policy issues while keeping her emotions in check. And how she deals with two other men – former House Speaker Newt Gingrich and special prosecutor Kenneth Starr – may be more telling than how she remembers old Bill looking like a Viking.

Hillary Clinton is now an elected official in her own right and she uses her book in the finest political tradition: to settle old scores. She rehashes one of the less brilliant ideas of Newt Gingrich: that children of unwed mothers should be sent to orphanages. Gingrich, to bolster his point, suggested that she go to Blockbuster and rent the movie "Boys Town" to see just how swell orphanages could be. She countered by writing a long article in Newsweek accusing him of advocating a big-government program to interfere in the lives of citizens. That memory clearly gives her satisfaction to this day.

If the book is a guide, it is unlikely that Clinton will honor Kenneth Starr if she is ever inaugurated president. She may have looked into her heart and wiped away the bitterness, but she presents a huge, impassioned case against Starr and his allies for "ignoring the Constitution and abuse of power for ideological and malicious ends to topple a President." She says that after being interviewed by Starr in the White House, her husband thought it went well and told their counsel, Jane Sherburne, to give Starr a tour of the Lincoln bedroom. Hillary says, in contrast, that she was infuriated by the "idea of hard-core Republicans rummaging through our lives, looking though every check we wrote and harassing our friends."

In late 1998, more words of wisdom from Nelson Mandela (the greatest glory in life "is not in never falling but in rising every time you fall") and a special song for her by none other than Stevie Wonder put her back on the forgiveness trail. "It was a challenge to forgive Bill. The prospect of forgiving the hired guns of the right wing seemed beyond me."

Feminists have long had a mantra, "the personal is political." And for Hillary, the political is very personal. She writes that her marriage got put back together when she and Bill discovered they could talk about her Senate campaign when their relationship was too painful for words. During this period of personal tumult she was able to put the marriage aside and deal with everyday matters as first lady and Senate candidate. Now, she's cosponsoring bills with Republican House Leader Tom Delay and former impeachment manager Sen. Lindsay Graham.

On the final day of the Clinton presidency, Hillary says she waltzed out of the White House in the arms of the man who brung her. Take that Newt Gingrich. Take that Ken Starr. Take that, Bill Clinton, for better or for worse.

The question now is if and when she'll try to waltz back in. And who will be on her arm?