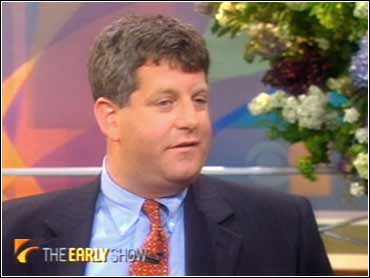 If you think the lifestyles of the rich and famous are intriguing, you should hear about the afterlifestyles some of them dictate. In his book, Wills of the Rich and Famous, author Herb Nass offers a glimpse of the last wishes and words from a variety of public figures from celebrities to presidents.

Knowing what people say in their wills can shed light on their most private thoughts, feelings, and relationships. A will can also be a person's last opportunity to settle a score or to set the record straight.

The Wills of the Rich & Famous chronicles the last wills and testaments of some 100 famous people and offers insight as to whom they trusted and cared about. Nass shared a few examples with CBS News Early Show Co-Anchor Jane Clayson.

Doris Duke, who was involved in wildlife causes and animal rights issues when she was alive, named he butler as the executor of her estate. (He has since died also.)

"He was not well-qualified to be a good executor," says Nass. "She had a billion-dollar estate with numerous assets…all over the world. He was not the best choice to handle her affairs… He didn't handle them properly. He didn't understand hat her will was designed to give to charity, wildlife causes, numerous foundations that she set up. She even established a trust for her own dog, $100,000 she set aside for the dog."