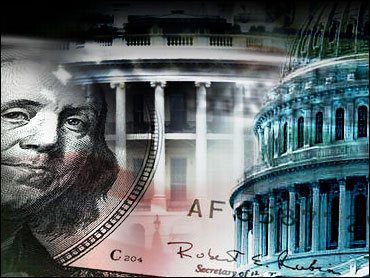 Hundreds of programs claim to help kids read, and dozens of companies make money selling them.

This controversy is over how one of them got special favor and millions of your tax dollars from Sen. Mary Landrieu, D-La.

The reading program is called Voyager. Its founder: politically-connected businessman Randy Best. Best and Landrieu have had a mutually beneficial relationship for years - one that's now hounding her as she runs for re-election, CBS News investigative correspondent Sharyl Attkisson reports for Follow the Money.

They first linked up in 2001. Landrieu was a major player in deciding funding for Washington, D.C. Best was lobbying to put Voyager in D.C. schools. The senator gave him what he wanted - a generous $2 million earmark - a grant of money without the normal public review.

"The real reason I did it is because I want to help children learn how to read," Landrieu said.

It probably didn't hurt that after Landrieu agreed to get Best his money, he held a fundraiser for her - and there was a sudden flurry of donations from his Voyager employees to Landrieu in 2001, totaling more than $30,000.

Ethics watchdog Melanie Sloan of Citizens for Responsibility and Ethics in Washington says it boils down to Landrieu using earmarks of your tax dollars to attract campaign donations for herself.

"Mary Landrieu suddenly is getting campaign contributions from folks who had never before given her any money; at the same time she's putting in a $2 million earmark for this company," said Sloan.

"There was no quid pro quo here over this particular earmark," Landrieu said.

What does she think is the reason that Randy Best and the Voyager folks held a fundraiser for her if not because of the earmark?

Attkisson asked: "A person willing to try his company?"

"Well, and to try his approach," Landrieu said.

Learn more about earmarks and the Voyager funding at Couric & Co. blog.
Eye to Eye with Sen. Mary Landrieu.

Landrieu then earmarked $700,000 more tax dollars to put Voyager in New Orleans schools. And Best threw her more fundraisers - and continued as a loyal donor.

He wouldn't agree to an interview,but told CBS News the contributions "were always completely proper and fully disclosed."

Does she have any idea how much in total contributions she's gotten from people connected to Voyager?

"I don't know if that's a right number or not," Landrieu said.

There are mixed reviews on how well the Voyager reading program works. But Landrieu's critics say there's no question taxpayers got a real education - on how Washington works.