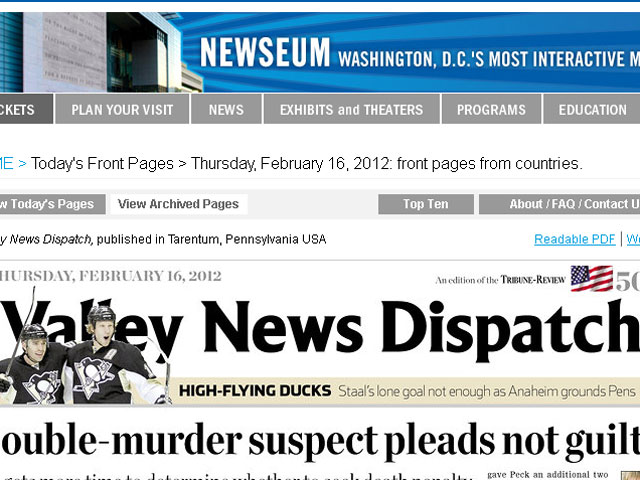 (CBS/AP) LEECHBURG, Pa. - Stay with us on this one: Police say a western Pennsylvania man who claims he has a split personality confessed to robbing a Chinese restaurant, after he read about the crime in the newspaper and realized he was the person who committed it.

Who says nobody reads the newspaper anymore?

The robbery took place Sunday at the China King Restaurant, about 35 miles northeast of Pittsburgh.

Timothy Beer, 23, of Leechburg, went to the police station Tuesday, saying he wasn't feeling well and "did something stupid."

Beer told police he ordered food at the restaurant and became angry when he thought the person waiting on him was continuing to speak Chinese. Beer says the next thing he remembers, he was playing video games at his cousin's home - and that only later did he realized he robbed the restaurant when he read about it in Tuesday's Valley News Dispatch.