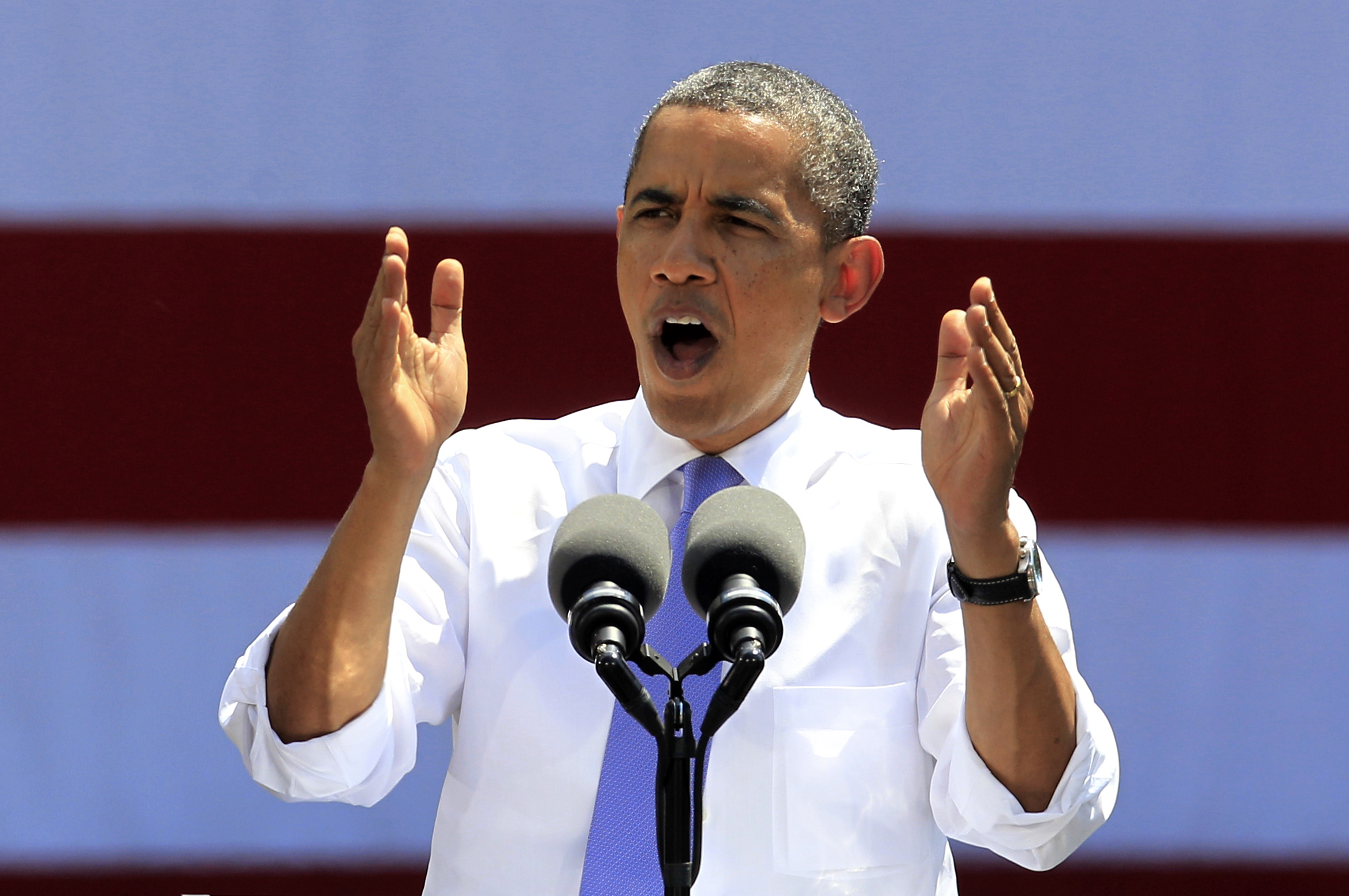 (CBS News) COLUMBUS, Ohio - Making his 10th visit to Ohio this year, his 26th since taking office, President Obama reached out to college students in this swing state seen as the indispensable key to victory for either him or Mitt Romney.

"Let's prove the cynics wrong, show them your voice counts," the president urged a mostly student crowd estimated at 3,300 assembled for his appearance on the campus of Capital University.

Mr. Obama used his campaign speech to spotlight administration initiatives to help make college more affordable for students while blasting Romney for offering no such proposals.

"Putting a college education within reach of working families doesn't seem to be a priority for my opponent," the president told supporters.

In fact, he ridiculed Romney for suggesting on a prior visit to Ohio that if college students need financial assistance, they should either "shop around" or "borrow money if you have to from your parents."

"That's it. That's his plan," said the president, conveying a deliberate air of incredulity.

The Romney campaign responded in kind.

"Under this president, too many young Americans are suffering from higher college costs, more debt, and a lack of good jobs when they graduate," said Romney campaign spokesperson Amanda Henneberg.

She said the initiatives Mr. Obama cited today "are just more of the same from a president who hasn't fixed the economy or kept his promises to the young people who supported him four years ago."

The Obama campaign says the president has doubled Pell Grant scholarships and provided families with $10,000 tuition tax credits while the Romney-Ryan budget would "slash investments in vital education reforms and financial aid" on which college students depend.

In coming to this college campus, Mr. Obama was trying to energize a key part of his political base to the same extent they helped him win election four years earlier.

With its 18 electoral votes, Ohio is deemed an essential element of victory. Many analysts say neither Mr. Obama nor Romney can win in November without Ohio in his win column.

Mr. Obama won the state in 2008 by a margin of 52 percent to 47 percent. Butrecent polls show Ohio to be up for grabs with the president and Romney tied or within the margin-of-error of one another.

A CBS News tally shows that with the exception of Washington, D.C. and neighboring Maryland and Virginia, Ohio is the state Mr. Obama has visited more than any other but one: New York. It reflects the importance the Obama campaign places on winning the state.

Before ending his campaign event today, the president urged students to register to vote "at their current address" so they can cast their ballot for him in November.

"Ohio - we've come back too far to turn back now," the president told supporters. "If you're willing to stand with me, we'll finish what we started."