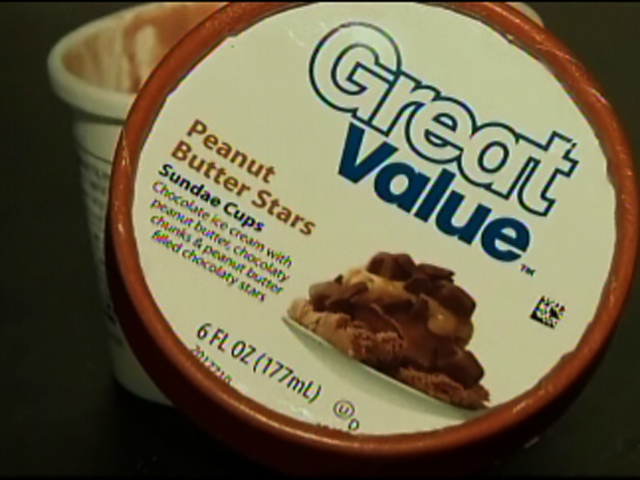 (KLTV/CBS) An East Texas woman says she wants Wal-Mart to investigate safety practices after she bit into a razor blade in a carton of Great Value ice cream.

Great Value is a Wal-Mart brand.

Last Saturday night, Stephanie Granger curled up on her sofa to watch a movie with a small carton of "Peanut Butter Stars" ice cream in hand.

After a few bites. something sharp cut the inside of her lip.

Granger says she thought it might have been tin foil, but it turned out to be a broken razor blade.

Granger called Wal-Mart on Monday to tell them what she had found and the response wasn't what she was hoping to hear.

"I don't think 'I'm sorry, I hope your day gets better' is an appropriate response to 'I found a razor blade in my ice cream.'"

She says she believes it was no one's fault, but wants Wal-Mart to make sure it doesn't happen again.