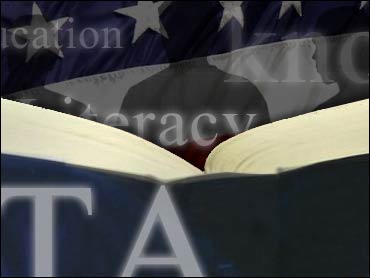 This column was written by Liam Julian.

The name of the nation's most visible, self-defined Latino civil-rights organization, the National Council of La Raza, translates as the National Council of The Race. The official website denies it, of course, but we have dictionaries. That controversial term - La Raza - is gaining currency: Some K-12 public schools now teach something called "Raza Studies."

Like those in Tucson, for example. The Tucson Unified School District (TUSD) has, in fact, welcomed Raza Studies in its classrooms for about a decade, but it's been mighty secretive about the association.

What, exactly, is Raza Studies? Arizona Superintendent of Public Instruction Tom Horne asked that question in November 2007 when he inquired if it wouldn't be too much trouble for TUSD to send to him the Raza curricula it was teaching and the textbooks from which it taught them. Actually, TUSD replied to Horne, meeting his request would be a heckuva lot of trouble.

Then the local papers piled on Arizona's superintendent. The first sentence of a November 26th editorial in the Tucson Citizen read, "Memo to Tom Horne: Butt out." Another editorial, titled "Horne meddling in TUSD's ethnic studies efforts," this one in Tucson's Arizona Daily Star, noted that "Students enroll in these classes because they cover information that is not offered in other classes. While U.S. history classes and textbooks do a better job than those of the past of including more about our shared history, much is left out."

What is left out of traditional syllabi, of course, is the grievance and distortion. When Horne finally acquired the program materials he requested, they included texts with titles such as Occupied America and The Pedagogy of Oppression. And according to John Ward, a Tucson teacher who saw his U.S. history course coopted by the Raza Studies department, the Raza curriculum's focus is "that Mexican-Americans were and continue to be victims of a racist American society driven by the interests of middle and upper-class whites."

When Ward raised concerns about Raza Studies (which is part of TUSD's larger Ethnic Studies department) he was, despite being Hispanic himself, called a racist and eventually reassigned to another course. Ward told a reporter from the Arizona Republic that by the time he left the Raza Studies class, he had observed a definite change in the students: "An angry tone. They taught them not to trust their teachers, not to trust the system. They taught them the system wasn't worth trusting."

A persuasive case can and should be made that teaching students history and literature (not to mention science and math) through some concocted ethnic perspective that the pupils supposedly possess is balderdash. It does Hispanic youngsters a profound disservice to predicate their educations on ethnic identity, to have them skip the great works of literature and read only tracts by, say, Mexican authors, and to teach them only the history that involves Latin America(ns).

Moreover, the city is intransigent about the whole thing. To valid concerns about its Raza Studies department, the school board responded last month, according to the Arizona Republic, "by announcing plans to hugely expand the [entire Ethnic Studies] program, making it a required course of studies for freshmen. And, eventually, expanding it into elementary schools." Within a year, it seems, all of Tucson's children will be taught based on their ethnicities distinctive curricula that will share no common denominator as strong as the condemnation of whites and of the United States.

To defend and then expand an educational program that reveres Che Guevara, that paints American history as a series of lamentable and dishonorable events, that divides students by their ethnicities and then attempts to instill in them a defiant stance toward authority and country is a form of noxious educational malpractice. But beyond that, it's a direct challenge to the values that millions of Americans hold dear and will this Friday, on the Fourth of July, celebrate. One hopes that the citizens of Tucson have had their fill of this nonsense in their schools, and that they'll stand up and say so.

Liam Julian is a writer at the Thomas B. Fordham Institute and a research fellow at Stanford's Hoover Institution.

By Liam Julian
Reprinted with permission from National Review Online