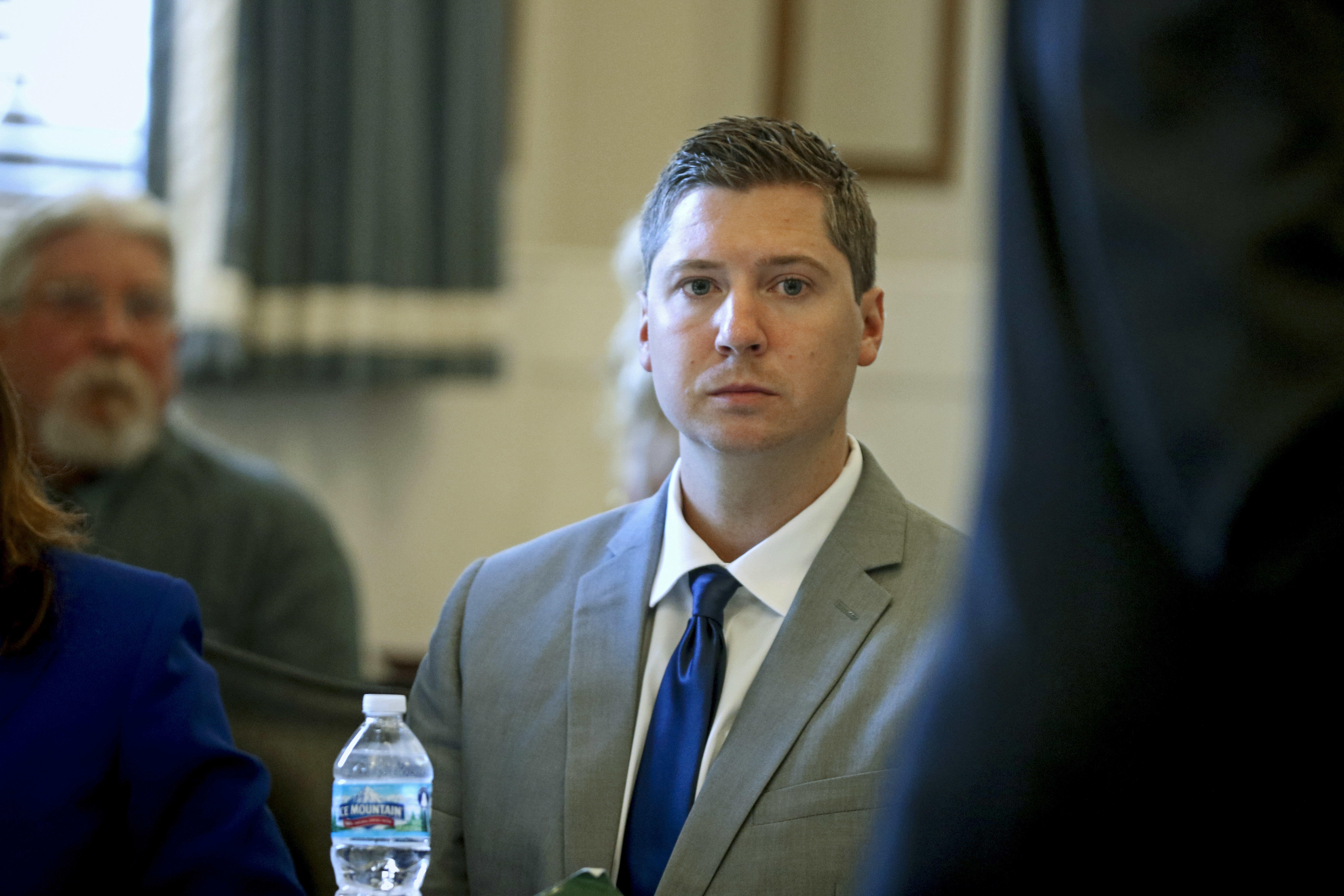 CINCINNATI - Jurors in the murder retrial of a white University of Cincinnati police officer charged in the fatal traffic stop shooting of an unarmed black motorist said Friday that they are deadlocked, but a judge told them to keep deliberating.

The Hamilton County jury announced that it couldn't reach a verdict after more than 27 hours of deliberations over five days. The judge sent them back to the deliberating room.

Prosecutors and the defense agree that Officer Ray Tensing shot 43-year-old Sam DuBose in the head after pulling him over for a missing front license plate on July 19, 2015.

The 27-year-old Tensing testified he feared he was going to be killed. Prosecutors said repeatedly the evidence contradicted Tensing's story.

His first trial ended in a mistrial when the jury deadlocked. Tensing's first jury deliberated 25 hours over four days in November before a mistrial was declared.

Tensing was fired after the shooting.

On Friday, he was in the courtroom with a look of concern on his face after learning of the deadlock.

The case is among several across the country in recent years that have raised attention to how police deal with blacks. It's also among cases that show the difficulties prosecutors face in gaining convictions against police for on-duty shootings.

A jury last week acquitted a Minnesota officer who fatally shot Philando Castile during a traffic stop. And jurors Wednesday acquitted a black police officer of first-degree reckless homicide in the death of a black Milwaukee man who threw away the gun he was carrying during a brief foot chase after a traffic stop.

Jurors in the Tensing case began deliberations Monday afternoon. They submitted a question Tuesday about the location of a piece of evidence. At the end of the day, they came into the courtroom where the judge praised their work and encouraged them to "hang in there."

Ghiz continues to restrict media coverage. News organizations including The Associated Press have a pending lawsuit against her restrictions on the use of cellphones and other electronic devices.

If convicted of murder, Tensing faces a potential sentence of 15 years to life in prison; voluntary manslaughter carries a possible sentence of three to 11 years.