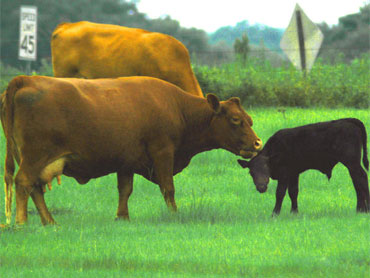 (CBS/AP) Raw milk enthusiasts are going to keep drinking their milk pretty much straight from the cow, it seems. Even in states like Maryland and Alaska, where the pure stuff has been driven underground as an unintended effect of legislation.

The popularity of raw milk is fueled by consumers' concerns about the chemicals and hormones used in traditional dairy farming, as well as a growing interest in unprocessed, organic foods.

Devotees of raw milk ascribe to it almost mythical healing powers. They feed it to babies, believing it strengthens the immune system and staves off digestive troubles. The heat used in pasteurization, they say, destroys health-promoting proteins and enzymes.

And recently, raw milk sickened 30 people in Colorado, according to an NPR report.

"Raw milk is associated with significant human illness and potentially with microbes that are deadly," said David Acheson, a former chief of the FDA's food safety division.

Food safety officials say raw milk has sickened hundreds of people with salmonella, E. coli and other bacteria. According to the Centers for Disease Control and Prevention, 1,000 people fell ill from drinking raw milk between 1998 and 2005. Two died.

The potential for harm comes from when the milk becomes contaminated with bacteria in cow manure. If the milk is pasteurized, E. coli and other nasties, such as listeria and are almost certainly killed.

But raw milk true believers say their love for raw milk is tied to a greater philosophy that involves a one-on-one relationship with their local farmers. And with that relationship, they say, comes trust.

In that spirit, some have formed cooperatives to support dairy farmers who offer raw milk. They also join "cow-sharing" programs in which farmers take care of cows that are "leased" by consumers.

These raw milk advocates argue that the FDA should spend its time working on other agricultural practices that jeopardize food safety, such as the way large farms confine animals.

The FDA is unmoved by arguments like these, and officials like Acheson believe the raw milk lovers are putting themselves and their children at risk.