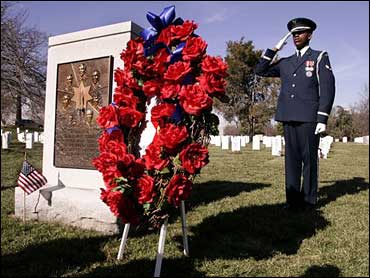 Although Williams was unable to agree to terms on a multi-year deal with the Ravens, he decided to report and will play for the $3 million franchise tender in 1998. Williams is seeking a multi-year deal that would exceed the five-year, $16.9 million contract free agent center Kevin Mawae received from the New York Jets.

Last season, Williams earned $1.136 million while starting eight games at center and two at left guard for the Ravens.

Williams practiced with the team Tuesday and stepped in at left guard. Jeff Mitchell, a fifth-round pick out of Florida in 1997 who spent all of last season on injured reserve, has worked as the Ravens' starting center in the preseason. Sale Isaia, Baltimore's projected starter at left guard, tore his Achilles tendon in the preseason and will miss the 1998 season.

The 27-year-old Williams signed with the Cleveland Browns-turned-Ravens in 1993. He emerged in 1995 when he started 14 games at left guard and two at the center position. When incumbent center Steve Everitt was injured in 1996, Williams started nine games there and then took over as the starter in the middle the following year when Everitt left as a free agent.

Green Bay Packers running back Dorsey Levens is one of five remaining designated franchise players who are holding out of training camp for multi-year contracts. Levens is asking for a deal averaging $5 million annually while the Packers are offering a contract worth $4 million a year.

Defensive ends Joe Johnson of the New Orlans Saints and Dan Williams of the Kansas City Chiefs, defensive tackle Tim Bowens of the Miami Dolphins and cornerback Ryan McNeil of the St. Louis Rams are the other franchise player holdouts.

In an interview with The Associated Press, Barr said federal agents have uncovered no evidence that would change the outcome.