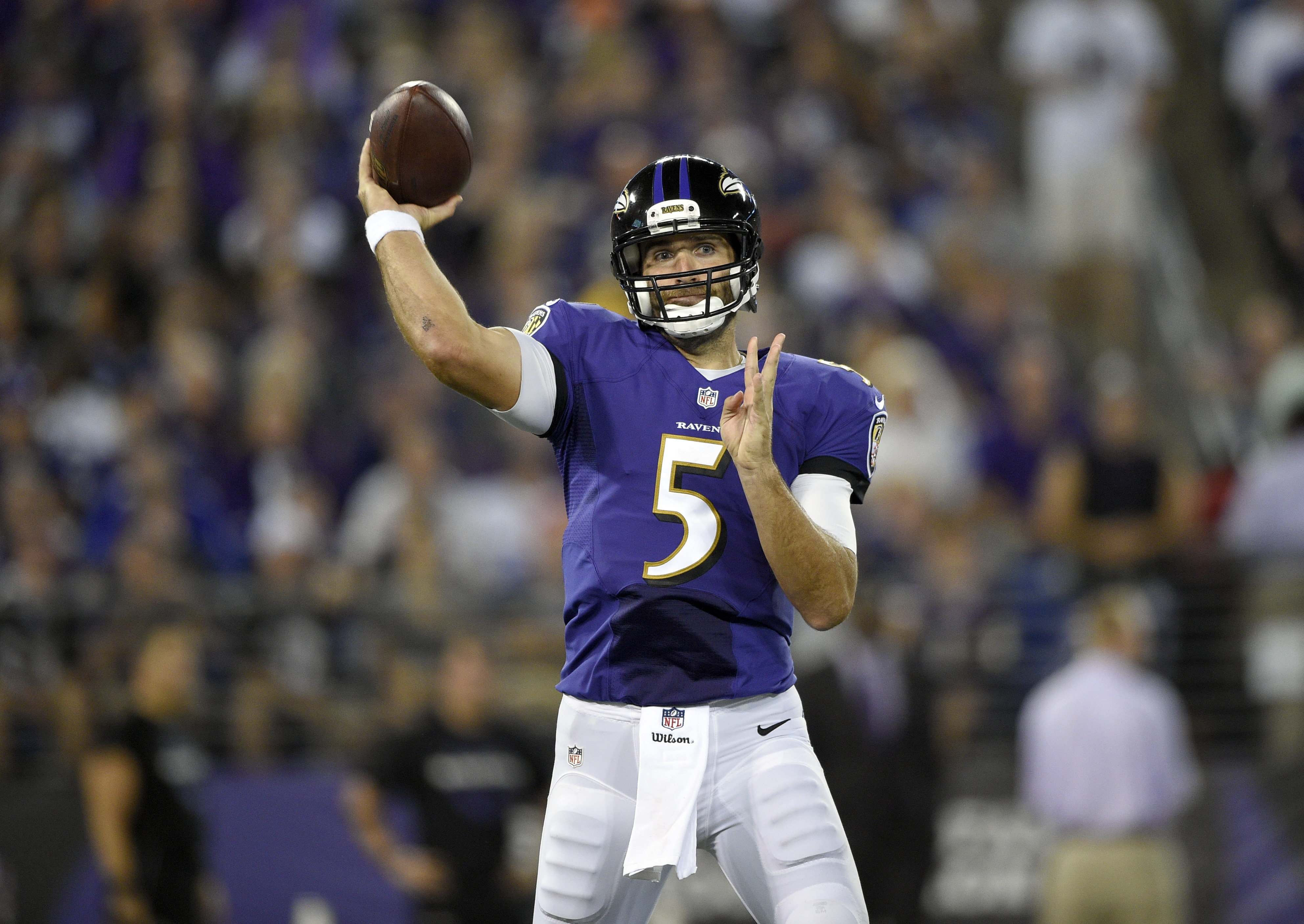 BALTIMORE - A short and tumultuous work week for the Baltimore Ravens ended with a surprisingly lopsided victory.

Playing three days after running back Ray Rice was released, the Ravens got a pair of touchdown passes from Joe Flacco and rolled past the rival Pittsburgh Steelers 26-6 on Thursday night.

Rice was reaching the end of a two-game suspension for domestic violence when a video of him striking his then-fiancee surfaced Monday. By the end of the day, the three-time Pro Bowler had been cut by Baltimore and suspended indefinitely by the NFL.

The media immediately descended upon the team's training complex, and the line of questioning had little to do with this heated AFC North rivalry.

The Ravens (1-1) shrugged off the distraction to bounce back from a season-opening loss at home to division rival Cincinnati.

Bernard Pierce took over for Rice to gain 96 yards on 22 carries as part of a ground game that finished with 157 yards. Flacco went 21 for 29 for 166 yards and two TD throws to tight end Owen Daniels, and Justin Tucker kicked four field goals.

Pittsburgh (1-1) managed only two field goals and committed three turnovers - one that halted its opening drive, another that set up a fourth-quarter field goal by Tucker, and an interception by Ben Roethlisberger with 1:51 remaining.

It was only the second time in the last 11 regular-season meetings between the teams that the outcome was decided by more than three points.

Roethlisberger completed 22 of 37 passes for 217 yards. It was the first time since Nov. 26, 2006, that Baltimore held Pittsburgh without a touchdown.

After Tucker kicked a 23-yard field goal for a 20-6 lead, Steelers tight end Heath Miller fumbled on a hit by rookie C.J. Mosley, who took the loose ball to the Pittsburgh 20.

Although the Rice video and the reaction was the talk of Baltimore for much of the week, a few fans showed their loyalty to the banished running back by wearing his No. 27 jersey.

But the crowd of 71,181 was quick to turn its attention to on-field action at the opening kickoff.

Aided by a roughing the passer call against Courtney Upshaw on the third play of the game, Pittsburgh held the ball for more than eight minutes before Justin Brown fumbled and Baltimore recovered at its own 15.

The Ravens then moved 85 yards in 12 plays with the help of two Pittsburgh penalties, the last a 23-yard pass interference call against Cortez Allen that set up a 2-yard touchdown pass from Flacco to Daniels.

Pierce and Justin Forsett combined for 32 yards on Baltimore's next series, which ended in a field goal for a 10-0 lead.

Pittsburgh finally broke through with 2:50 left in the half, getting a field goal to cap an 11-play, 73-yard drive.

It was 10-6 before Flacco connected with Daniels on a 1-yard touchdown pass to cap an 80-yard drive highlighted by Flacco's 24-yard completion to tight end Dennis Pitta.