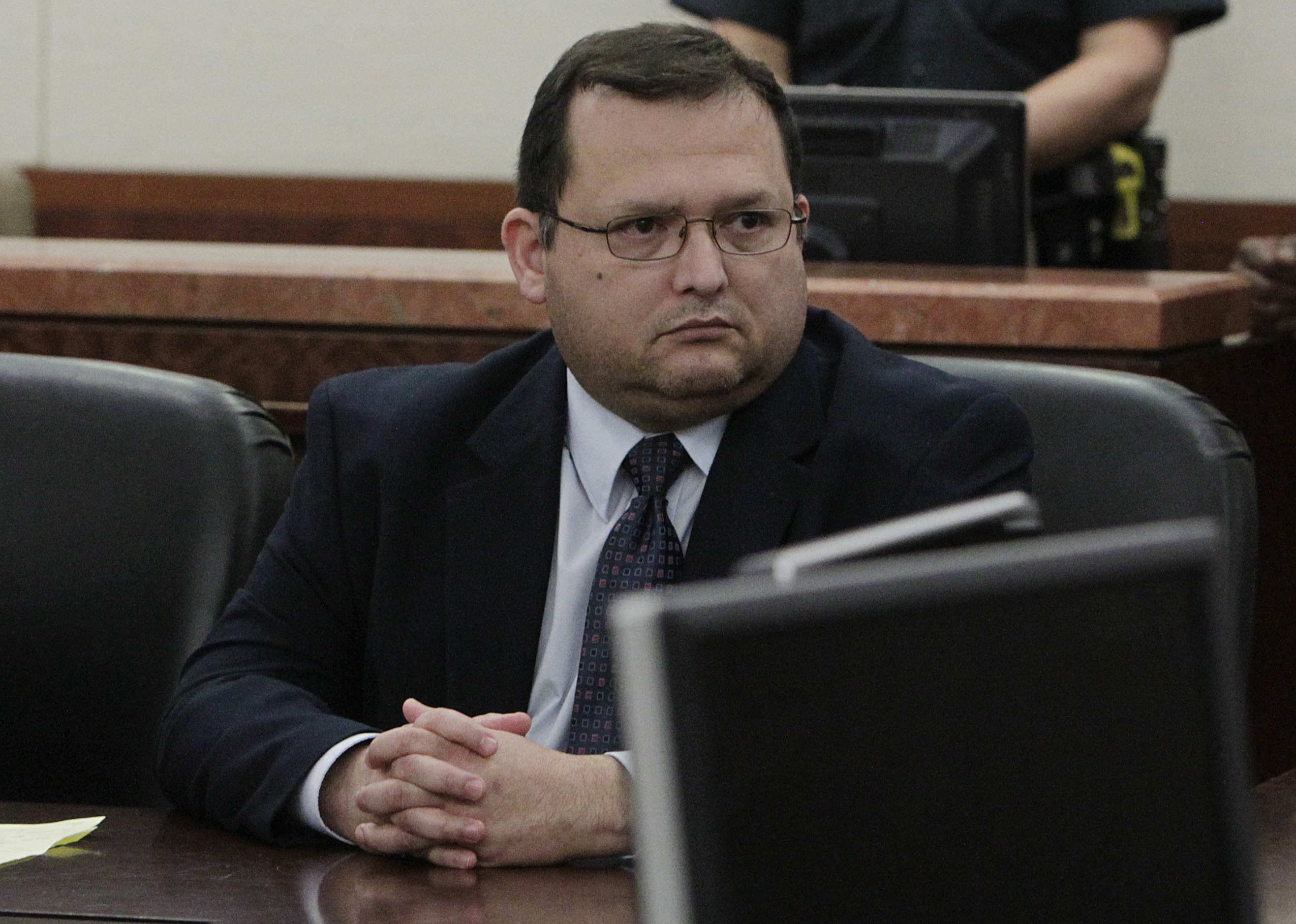 (CBS/AP) HOUSTON - Retired Houston firefighter Raul Rodriguez was sentenced Wednesday to 40 years after he claimed that Texas' version of a stand-your-ground law allowed him to fatally shoot a neighbor over an argument about a noisy party.

Rodriguez, 46, was convicted of murder on June 13 for the 2010 killing of 36-year-old Kelly Danaher, an elementary school teacher. Angry about the noise coming from a birthday party at his neighbor's home, Rodriguez went over to Danaher's house and got into an argument with her and two other men.

In a 22-minute video he recorded on the night of the shooting, Rodriguez told a police dispatcher "my life is in danger now" and "these people are going to go try and kill me." He then said, "I'm standing my ground here," and fatally shot Danaher and wounded the other two men.

At trial, defense attorneys said Rodriguez, who had a concealed handgun license, was defending himself when one of the men lunged at him and he had less than a second to respond. Prosecutors called Rodriguez the aggressor and said he could have safely left his neighbor's driveway any time before the shooting, and the said Rodriguez had a history of not getting along with Danaher and other neighbors.

One neighbor testified that Rodriguez bragged about his guns and said a person could avoid prosecution in a shooting by telling authorities you were in fear of your life and were standing your ground and defending yourself. During the trial's punishment phase, neighbors, former co-workers and Rodriguez's ex-wife testified that Rodriguez was abusive, a bad neighbor and once shot a dog.

Rodriguez's attorneys also called for more than a dozen witnesses during the punishment phase, including his wife and sons. They and other family members testified that he was not abusive, always stressed the importance of gun safety and was not cavalier with his weapons. One son said Rodriguez shot the dog because it was attacking his family.

Rodriguez's defense was similar to that used by George Zimmerman, a neighborhood watch volunteer who is citing Florida's stand-your-ground law in his defense in the fatal February shooting of unarmed teenager Trayvon Martin. Rodriguez's case, however, was decided under a different kind of self-defense doctrine.

Texas' version of a stand-your-ground law is known as the Castle Doctrine. It was revised in 2007 to expand the right to use deadly force. The new version allows people to defend themselves in their homes, workplaces or vehicles. The law also says that a person using force cannot provoke the attacker or be involved in criminal activity at the time.