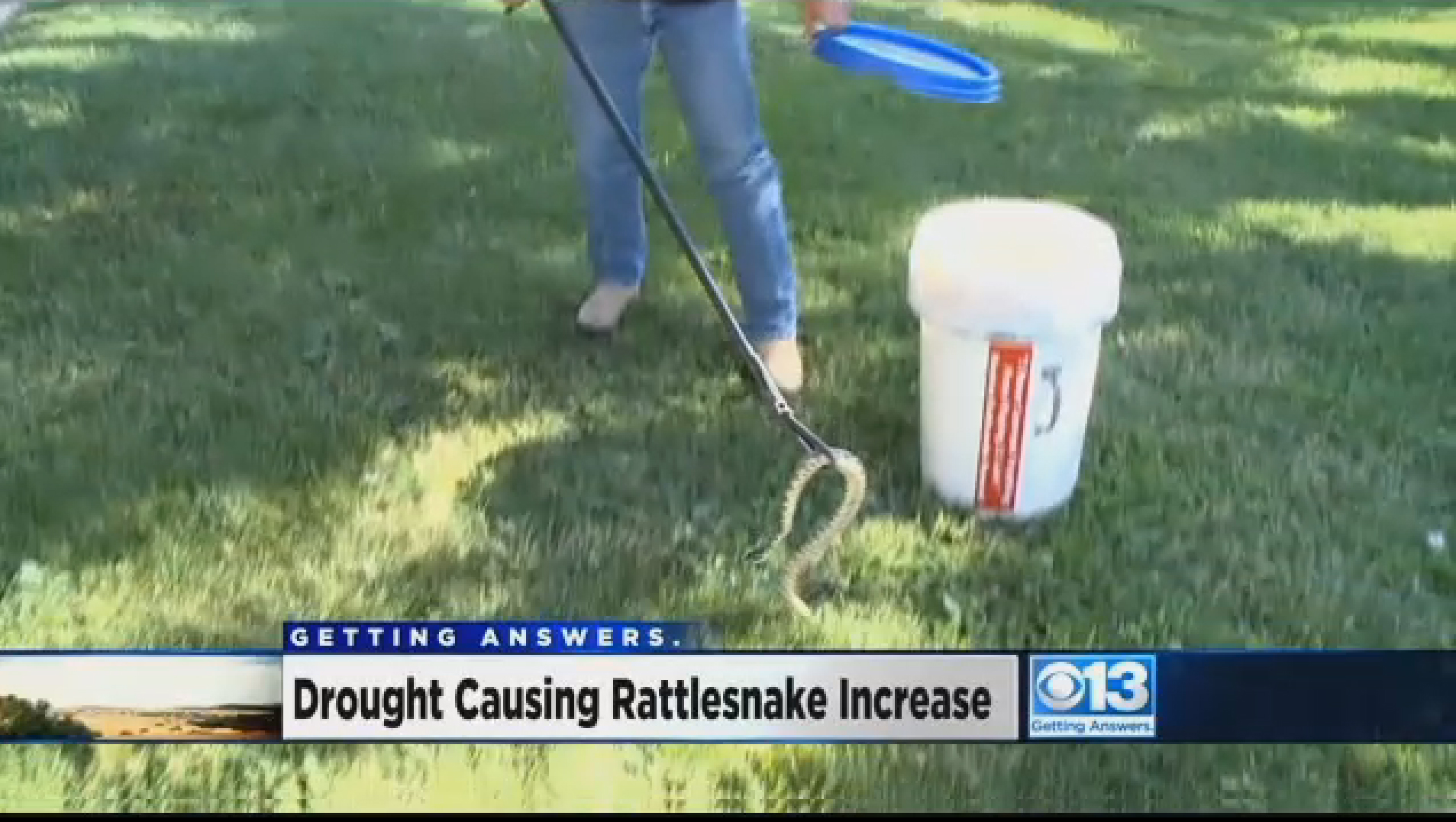 SACRAMENTO, Calif. -- Rattlesnakes are moving closer to homes in Northern California, and one expert thinks the state's drought is to blame, CBS Sacramento reports.

Len Ramirez says this is one of the busiest years his rattlesnake removal business has seen in nearly three decades. And the year is only halfway done.

"We've made four calls today, and tonight I don't know how many I'm going to make, but it's going to be a long evening," he said Friday.

A room where he keeps the rattlesnakes he catches before releasing them into the wild is evidence of how busy he's been.

Drought conditions have kept the calls coming in from people spooked by snakes that are way too close for comfort.

"For a lot of homeowners just moving in from the Bay Area, a first-time encounter with a rattlesnake is very scary," Ramirez said.

More snakes are coming closer to homes, something he says is likely because of the drought. People aren't watering as much, so there isn't water all over the ground away from homes. That leads rodents closer to homes in search of water, and snakes that eat rodents follow.

Ramirez warns pets could be at risk if they accidentally sniff a spot a rattlesnake calls home. He also recommends keeping garage doors closed.