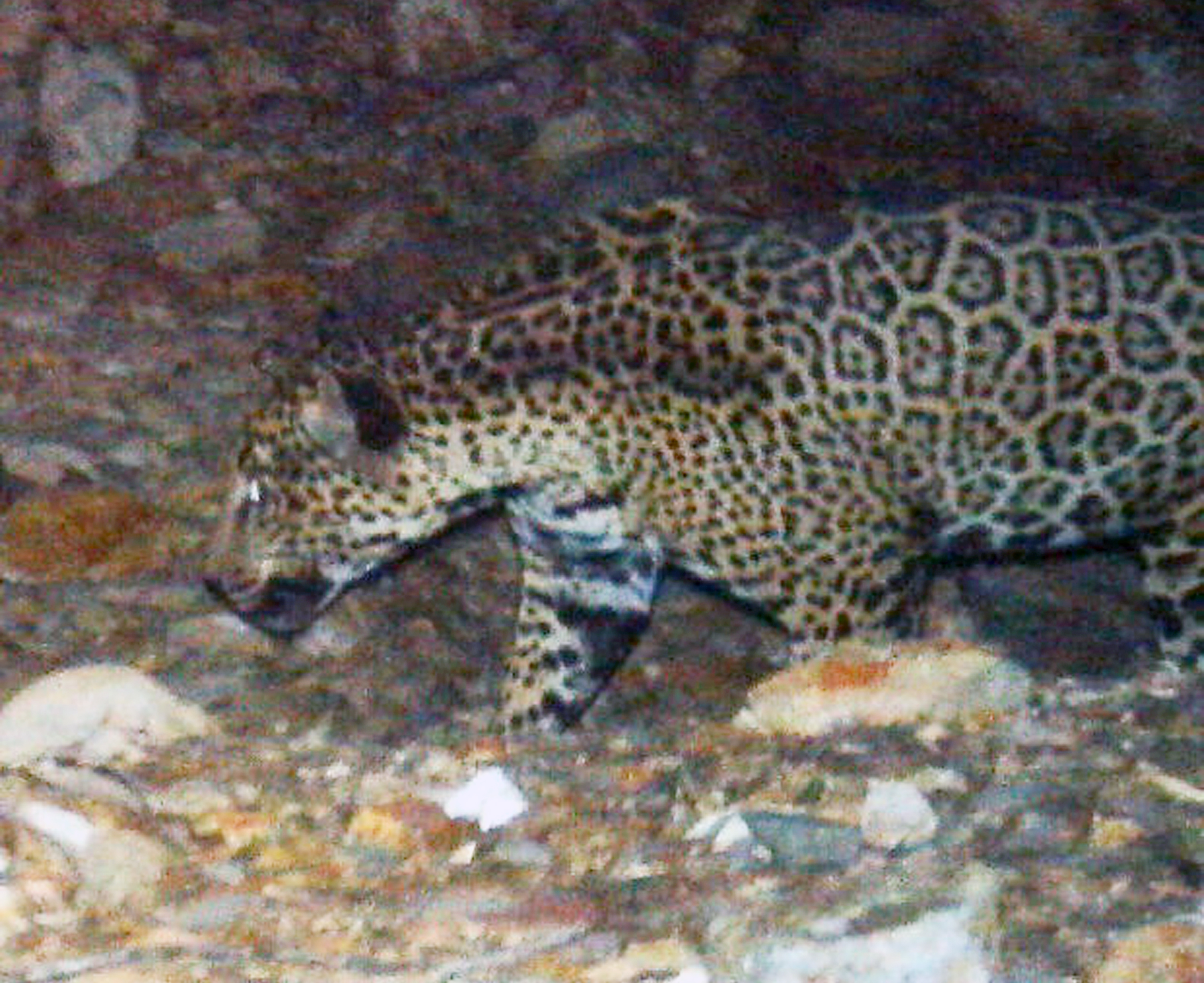 TUCSON, Ariz. New photographs show that a rare male jaguar apparently has been roaming in Southern Arizona mountains for at least nine months, indicating the animals are occasionally moving into their historic range from northern Mexico and into the American Southwest.

The Arizona Daily Star reports that remote cameras have photographed the big cat in five locations in the Santa Rita Mountains' eastern flank on seven occasions since October. Those photos were taken for the U.S. Fish and Wildlife Service by University of Arizona cameras after a hunter gave state authorities a photo of a jaguar's tail that he took last September in the Santa Ritas.

The images were provided to the Star this week by U.S. Fish and Wildlife Service in response to a Freedom of Information Act request.

Federally financed remote cameras photographed the jaguar west of the proposed Rosemont Mine site in the mountains southeast of Tucson.

It is the only jaguar known to live in the United States since the 15-year-old cat known as Macho B died in Arizona in March 2009.

The photographs come as federal wildlife officials consider designating more than 1,300 square miles in New Mexico and Arizona as critical habitat for the jaguar.

Sergio Avila, a large cat biologist for an environmentalist group, told The Arizona Daily Star that the photos highlight the need to protect the jaguars' habitat.

"The jaguars are saying it better than anyone else that they belong here - they're making the point, not me or my organization," Avila said.

The proposed habitat would include parts of Pima, Santa Cruz and Cochise counties in Arizona, and New Mexico's Hidalgo County.

While this habitat isn't as good for jaguars as what exists in Mexico, said Jean Calhoun, an assistant field supervisor in the U.S. Fish and Wildlife Service's Tucson office, "It's the best (jaguar) habitat we have."

Tim Snow, an Arizona Game and Fish Department nongame specialist, said the area where the photos were shot has prey for the jaguar like deer and javelina.

But the new photos don't change the state Game and Fish's opposition to a jaguar critical habitat.

"That solitary male jaguar is no reason for critical habitat. We don't have any breeding pairs," said department spokesman Jim Paxon. "If that was critical habitat, we would still be doing the same thing that we are doing today. We are not harassing that jaguar or modifying normal activities there that are lawful today."

Michael Robinson of the environmental advocacy group Center for Biological Diversity, however, said a habitat is needed in American Southwest. "It's hard to see how an area with possibly the only jaguar living in the wild in the United States ... how that habitat would not be essential to recovery here," he said.