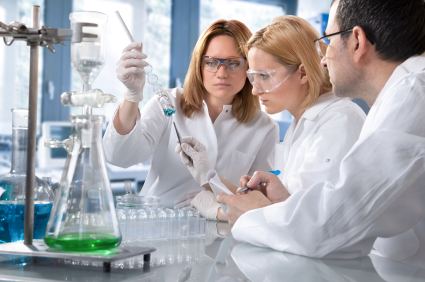 (AP) Thirty-three cases of a rare fungal eye infection have been confirmed across seven states, with federal officials announcing on Thursday that the infection stemmed from products mixed in a Florida pharmacy.

The patients had all undergone some type of eye procedure, including surgery or injections. Twenty-three suffered some degree of vision loss and 24 patients had to undergo another eye surgery, according to a report from the Centers for Disease Control and Prevention.

The report, published in the May 4 issue of the journal, Morbidity and Mortality Weekly, said health officials traced many of the cases to a dye and an injection including triamcinolone and other products from Franck's Compounding Lab in Ocala. The Food and Drug Administration tested unopened bottles and unused syringes of the dye collected, finding multiple bacterial and fungal species.

The Florida pharmacy also mixed supplements that killed 21 elite polo horses in 2009 and a lawsuit with the horses' owners is currently pending. After the horses died, Franck's acknowledged using too much selenium in the mix. The FDA has since accused Franck's of illegally creating copies of similar drugs. The agency also says the pharmacy is mixing brews outside of federal guidelines and is compounding animal products from drugs that have not been approved for use in the U.S. Officials warned pharmacies can circumvent the statutory drug approval process by manufacturing drugs under the guise of pharmacy compounding, a process in which pharmacists mix drugs using bulk ingredients.

CDC officials said the investigation to identify the root cause is ongoing and warned doctors and patients to stay away from "compounded products labeled as sterile from Franck's," according to the report.

The pharmacy says it has resolved the issue and made several changes, including hiring a new pharmacist to oversee quality assurance. It says it has cooperated with federal health officials "in an effort to isolate the source of contamination and prevent future occurrences."

State health officials said they can't confirm whether they are investigating Franck's or any pharmacy until 10 days after the alleged investigation and only if probable cause is found. If they do determine a pharmacy poses an immediate threat, the agency can immediately suspend the facility's license.