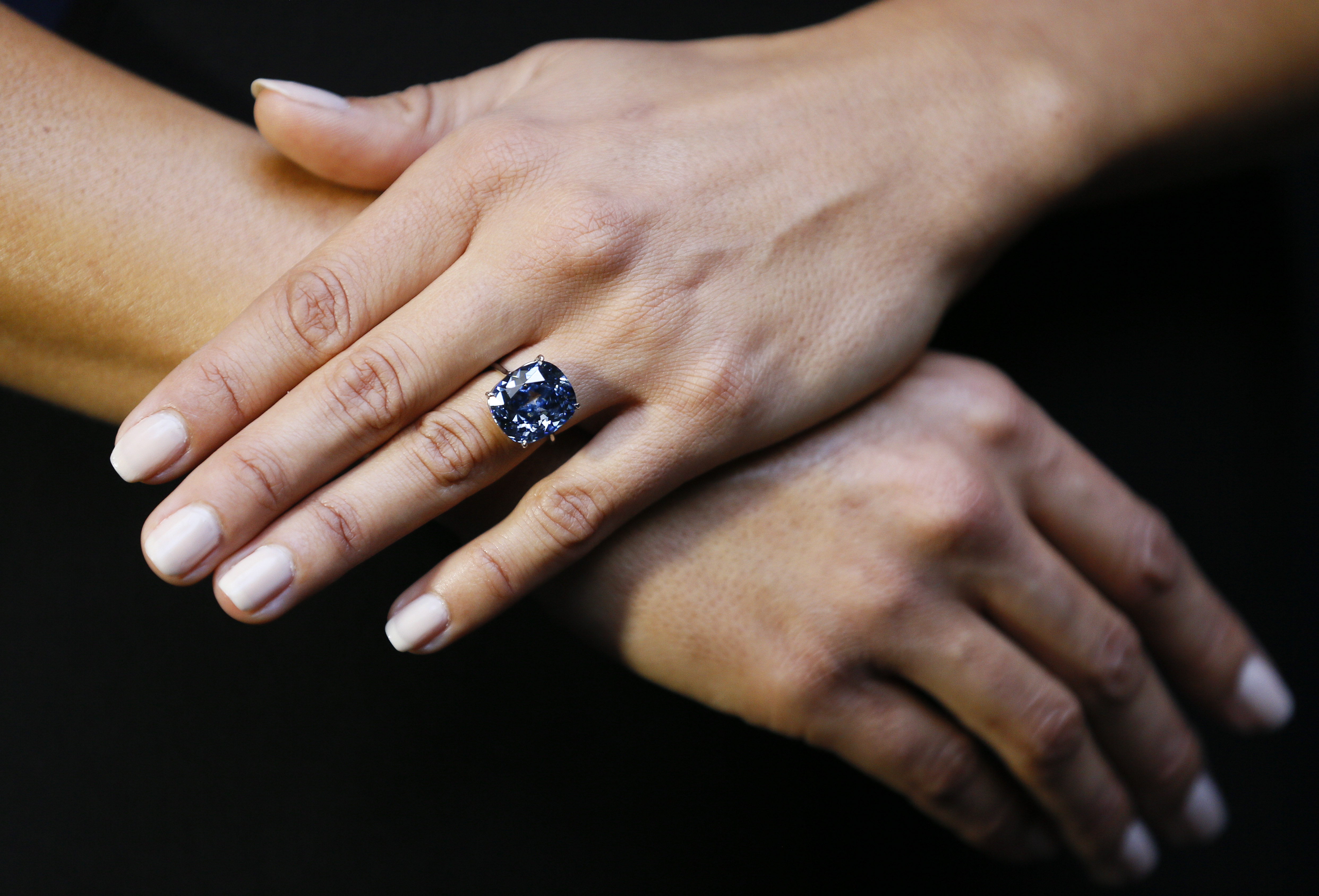 GENEVA -- Sotheby's says a rare blue diamond has sold for a record 48.6 million Swiss francs or $48.5 million at a Geneva auction, including fees.

The 12.03-carat "Blue Moon" Diamond is said to be among the largest known fancy vivid blue diamonds and was the showpiece gem at Wednesday's auction. The price fell within the pre-auction estimate of $35-$55 million. Excluding fees, it sold for 43.2 million Swiss francs.

The Blue Moon -- whose name plays off the expression "once in a blue moon" -- topped the previous record price of $46.2 million set five years ago by The Graff Pink.

The polished blue gem was cut from a 29.6-carat diamond discovered last year in South Africa's Cullinan mine, which also yielded the Star of Africa blue diamond in the British crown jewels.

Earlier in the day, an unidentified Chinese buyer purchased a 16.08-carat vivid pink diamond at auction for 28.7 million Swiss francs ($28.5 million) including fees on Tuesday, a record price for a stone of that type, Christie's said.

The cushion-shaped diamond, set in a ring and rounded with a double row of smaller white diamonds, was the showcase piece in the 409-lot sale of jewelry. Excluding fees, the stone, first known as "The Pink," sold for 25.5 million Swiss francs -- within the pre-sale estimate range of 21 million to 27 million Swiss francs ($23 million to $28 million).