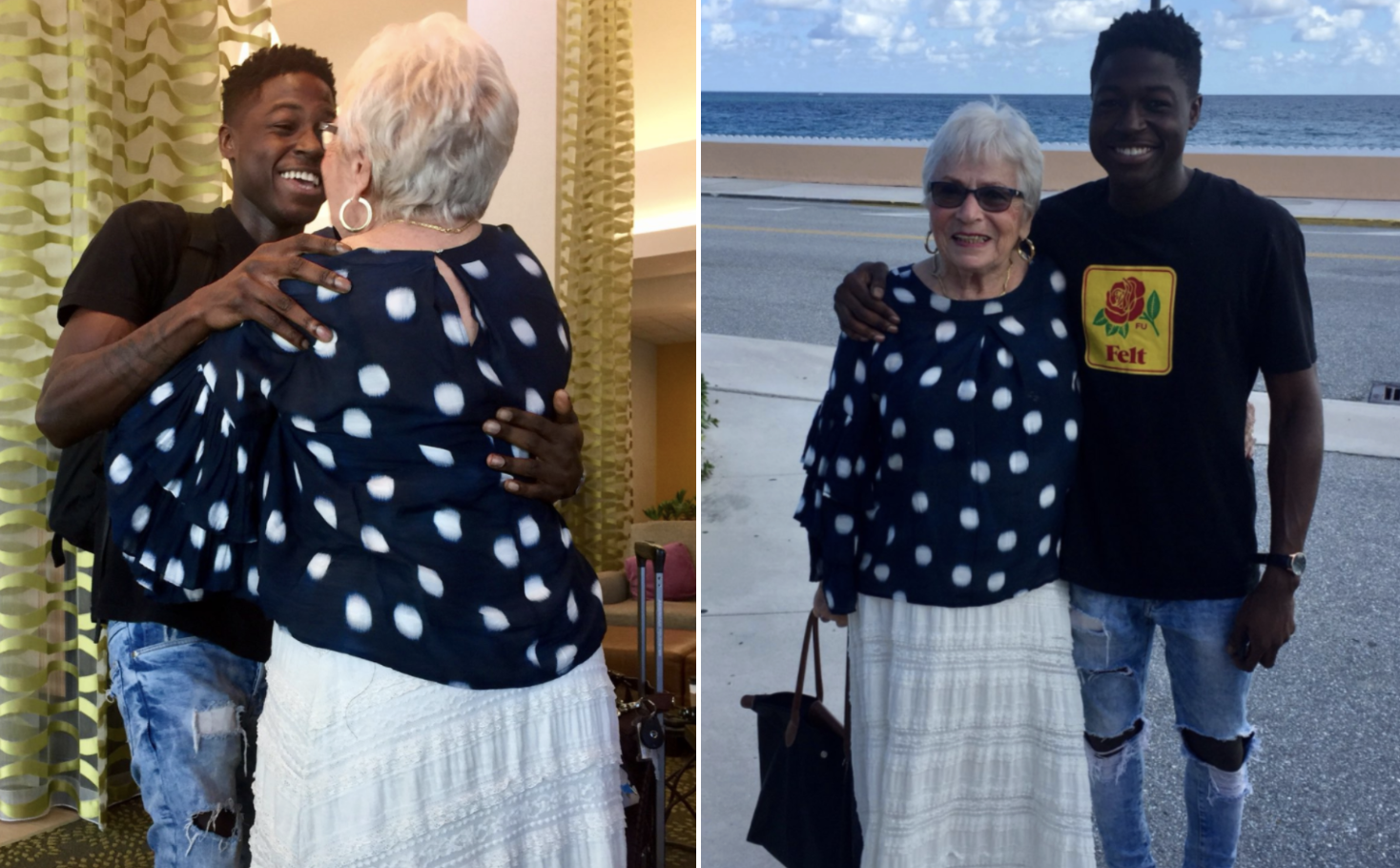 When Spencer Sleyon agreed to play a Words with Friends game with a random opponent over a year ago, the 22-year-old never expected that stranger — an 81-year-old woman named Rosalind "Roz" Guttman — to become his lifelong friend.

That random match-up led to another game ... and then another, and another. Over the course of a year, the pair have played 324 rounds of the online Scrabble game, occasionally sending messages back and forth to one another critiquing each other's moves. They quickly bonded over their competitiveness.

He joked with his friends about the unusual friendship every time her username popped up on his phone, indicating it was his turn to play.

A few months ago, Sleyon's friend's mom, Amy Butler, a pastor at Manhattan's Riverside Church, overheard him talking about Guttman. She was so touched by the story, she asked if she could share it in one of her upcoming sermons.

But Butler didn't want the story of their friendship to end there. So, she decided to help facilitate a meeting between the online pals.

On Friday, Sleyon hopped on a plane, with Butler by his side, ready to meet his friend Guttman.

"She's 86 & lives in a retirement community in Florida. He's 22 and lives in Harlem. They met online playing #wordswithfriends. Tomorrow they'll meet in person. I get to be there. #relationshipschangeus," Butler tweeted Thursday night.

She shared a selfie with a grinning Sleyon from the airplane.

The next day, Sleyon met Guttman at a hotel near her retirement home. For once, Sleyon was at a loss for words.

He opened his arms and the pair embraced — a moment captured on camera.

"Last summer i randomly met this 80 y/o woman on words with friends. we played 300+ games together and she actually ended up becoming a good friend of mine," Sleyon wrote. "Today I got to go to Florida and meet her in person."

Photos of their meeting instantly went viral with more than 240,000 retweets.

"Life is...crazy I've never been to Florida y'all," Sleyon tweeted after posting about their encounter. "And to clear the air, she was not crushing me. Boy don't play with me."

Thousands of people responded to Sleyon's post and the story of the 22-year-old's 1,000-mile journey to visit Guttman in person.

"How many points is 'crying'? This is so sweet," another wrote.

Even Words With Friends responded.

"We can't get enough of this! Amazing. Thank you for sharing your story with us," the video game's official Twitter account posted.

Butler said she enjoyed sitting back and watching Sleyon "bond in person" with Guttman for the first time.

"Relationships change us," she noted.