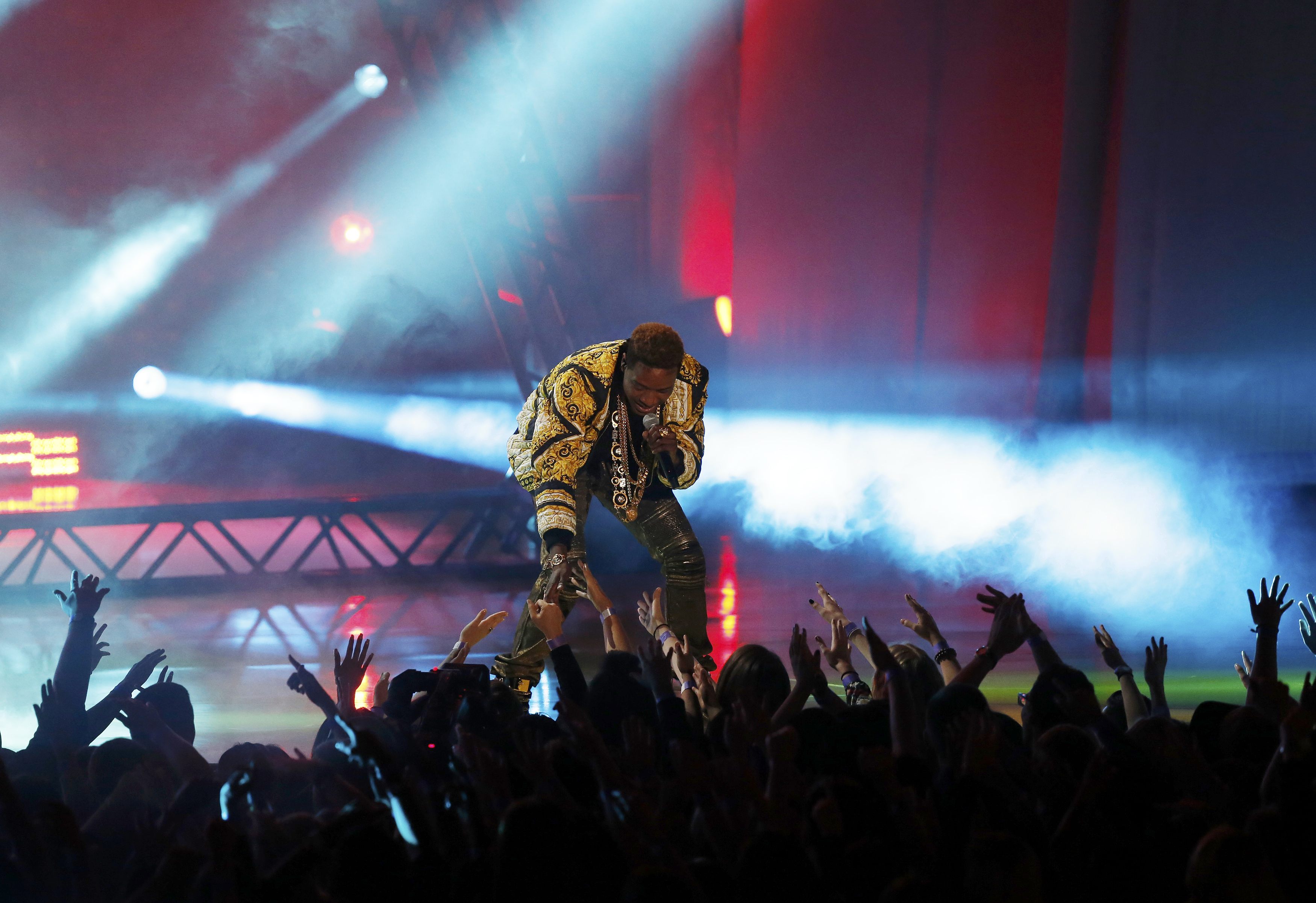 PATERSON, N.J. - Rapper Fetty Wap has received three summonses after he was injured in a motorcycle crash in his northern New Jersey hometown.

Paterson Police Director Jerry Speziale says the 25-year-old Wap was cited for driving without a license, not having insurance and failing to produce a vehicle registration card.

Wap was treated at a hospital for undisclosed injuries after police say his motorcycle collided with a car Saturday afternoon. Details of his injuries were not disclosed but they were not considered life-threatening. The woman driving the car also was injured.

Wap was born Willie Maxwell. He's had three Top-10 songs in the last year, including "Trap Queen" which peaked at No. 2 on the Billboard Hot 100. His debut album, "Fetty Wap," was released Friday.

It wasn't immediately clear if Wap had an attorney.