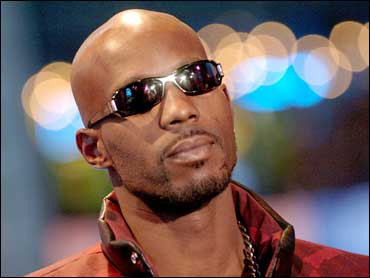 The 39-year-old rapper turned himself in at a downtown Los Angeles courthouse. A judge has ruled that the rapper cannot be freed on electronic monitoring, work release or home detention.

DMX, whose real name is Earl Simmons, was originally charged with drunken driving, but those charges were later dismissed.

He has been repeatedly arrested and jailed in the past decade, recently serving a sentence in an Arizona jail for violating probation by failing a drug test.

Court records show DMX was found in violation of his probation in January and was supposed to surrender in March. He didn't appear in court and a judge revoked the rapper's $100,000 bail.

A phone message left for attorney Anthony Alexander, who recently represented DMX in the case, was not immediately returned Monday.