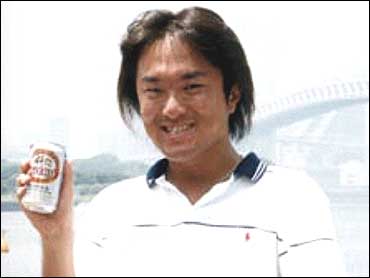 The rave parties promoted by a college social club calling itself "Super Free" were always packed with hundreds of young women, and the beach trips always booked solid.

To reel in the women, college student and Super Free leader Shinichiro Wada promised them the opportunity to meet pedigreed young men at Waseda University, the elite school he attended.

The highbrow mixing finally crashed to an end this summer, however, amid accusations of lurid games, drunken free-for-alls, and ruthless gang rapes by male members who turned the college-backed club into a hotbed of systematic sexual assault.

Women alleged to police that Wada and his cohorts would orchestrate boozing games, then cull the most inebriated girls and quietly whisk them away to karaoke rooms, bathrooms or stairwells to be gang-raped.

When 28-year-old Wada and five other organizers were arrested on rape charges in late June, public outrage underlined how attitudes about sex crimes are changing in a society where victims traditionally suffered in silence.

But the affair also shows how much hasn't changed. It has triggered a boys-will-be-boys backlash that activists say only spotlights how ingrained sexist sentiment remains.

"To some men, rape is still a fantasy, rather than a crime," said Tamie Kaino, a professor at Tokyo's Ochanomizu University and an expert on campus sex crimes.

Sex crimes in Japan have surged in recent years, with rape cases jumping 40 percent to 2,228 in 2001, from around 1,600 four years earlier, according to the National Police Agency. Offenses such as groping and obscenity tripled to 9,326 cases in 2001 from a decade ago.

The increase is due at least in part to a greater inclination by women to report attacks to police. Since the Super Free scandal broke, more of its alleged victims have come forward.

But most assaulted women in Japan still stay silent, said Shoichi Kodama, a National Police Agency investigator. Often, they are accused of having invited trouble, especially in the summer when women wear light clothes. And rapists sometimes photograph the assault, threatening to release the prints if the victims seek help.

Media reports also have a blame-the-victim flavor. Many of the women attending the Super Free parties were depicted as rural bumpkins of about 20 or a bit younger looking for city boys at brand-name universities. Some commentators said they were simply out of their league and lost control during the drinking games.

During a Parliament debate, lawmaker Seiichi Ota, a 57-year-old former Cabinet minister, got a laugh when he quipped: "At least gang rapists are still vigorous. Isn't that at least a little closer to normal?"

A few days later, a weekly magazine said Yasuo Fukuda, the Cabinet's chief spokesman, told reporters at an off-the-record briefing that women were partly to blame in the case of gang rape.

"The problem is that there are lots of women dressed provocatively," he was quoted as saying. Fukuda, who is also the minister of gender equality, said his comment was taken out of context. "I meant something completely different," he said, but didn't elaborate.

Yoko Yoshida, a staff member at the Tokyo Rape Crisis Center, said the wink-and-nudge attitude is grounded in a popular culture that often depicts rape as an act of passion, not violence, and that women who resist don't really mean it.

Myths are perpetuated by an underground pop culture in which rape is a common genre.

"I'm afraid some men think rape is forgivable," Yoshida said. "When something happens, women — the victims — take the blame."

"The case got a lot of attention, and I hope this will raise awareness even more," she said.

Tokyo's staid Waseda University is already reacting. It has since dissolved Super Free and before the summer break issued a warning to students: "All sex without consent is considered rape, and it's a serious crime. Don't be fooled by stereotypical rape scenes in dramas, comic books and videos!"