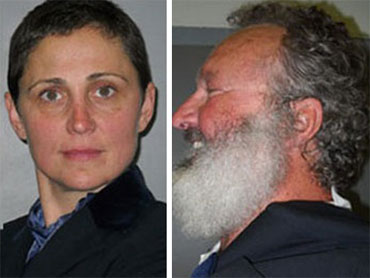 NEW YORK (CBS/AP) The mug shots of actor Randy Quaid and his wife Eve have been released by the Presidio County Sheriff's Department in Texas, and it looks like the couple had an excellent time on their "free" vacation.

The couple was in custody on Thursday after a warrant was issued for their arrest for skipping out on a $10,000 hotel bill in California. The felony warrant from the Santa Barbara County Sheriff's Department is for burglary, defrauding an innkeeper and conspiracy.

The two managed to pay their combined bail of $40,000 on Thursday night after a sheriff's deputy drove them to an ATM.