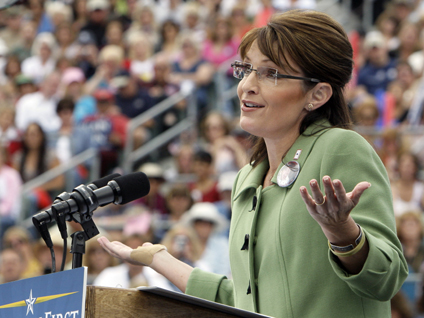 "We lost a funny guy, but we lost more than that with Tony Randall," says "The Odd Couple" producer, Garry Marshall.

As The Early Show continues to remember the great star of stage and screen, Marshall reminisced about his dear friend. Randall died in his sleep Monday after a long illness.

Marshall tells co-anchor Harry Smith, Randall "was a great citizen of the United States and of New York. He did things and was involved with the opera, involved with the National Theater and, yes, 'The Odd Couple' was his job."

Randall had a lengthy list of roles, but his most enduring character was Felix Unger from the popular TV show," which still gets laughs in reruns.

Asked about the chemistry between Randall and series co-star, Jack Klugman, Marshall says, "First time Tony and Jack met, they didn't get along at all. I put them in a limousine so they would stay out of the way. We were shooting in New York City. I said, 'You guys sit in the limousine. I'll tell you when I'm ready for the shot.' I was directing at the time. Jack got out of the limo, said, 'I can't work with him.' Tony got out and said, 'I can't work with him.' That was our first day. I said, 'You want to tell me why, or I'm going to guess, standing in the middle of the street?'

"Tony said, 'He smokes.' Jack said, 'He don't like smoking. There we go.' I said, 'Here's the answer, two different limousines.' That's the way we went. They never hung out together when Jack was smoking."

And the table was set for the show, clearly whatever they were fighting about in the limousine certainly worked on screen.

Marshall says, "Whatever they fought about, I said, 'See, that's the characters. Do that.' And they did that. But there was a great love for each other. And really more important when you're doing a show for five years, you need a respect for each other. And they always respected each other's work."

Marshall recalls how once he asked Randall to watch a 15-minute scene from "The Odd Couple" and tell him what he saw. "He said, 'Yes, I should do that better, that's part of the character.' I said, 'What did you think of what Jack was doing?' He said, 'I never saw Jack.' He said, 'I was watching myself until I could get the character down.' But that's how zoned in the man was," Marshall says.

Perhaps his focus and love for the theater contributed to Randall's gift to New York City, The National Theater. He spent a lot of his own money and he corralled everybody he knew into helping him raise money for the project.

Marshall says, "He wanted a national theater. He thought that actors in our country, after they became popular, they had no place to go. I mean, they could do a show, a little of this, but there was no theater. There was no classical theater and he created it. He's going to have it. I saw him do Arturo in a classical sense and I saw him do many plays, and saw him run around five years as Felix Unger, cleaning up after Jack. So he touched all the bases.

"In the five years of 'The Odd Couple,' we only had one gigantic fight about a script. And I couldn't understand why. He said, 'It's not funny.' I said, 'I know it's funny, Tony, and you know it's funny. Tell me why you don't want to do this.' He finally told me, he said, 'It's a script that said negative things about New York.' He would not go and say negative things about New York City. And I rewrote the script with Jerry and we said some much more positive things," Marshall says.

To conclude, Marshall says Randall not only taught him how to write. "He taught my sister, Penny, how to act and taught a lot of people how to laugh. We're always going to remember him."

Randall was one of the pioneers in radio and in the infant days of television. Interestingly, when television went to the West Coast. Randall refused to go and stayed in New York City.

Randall is survived by a wife and two young children.