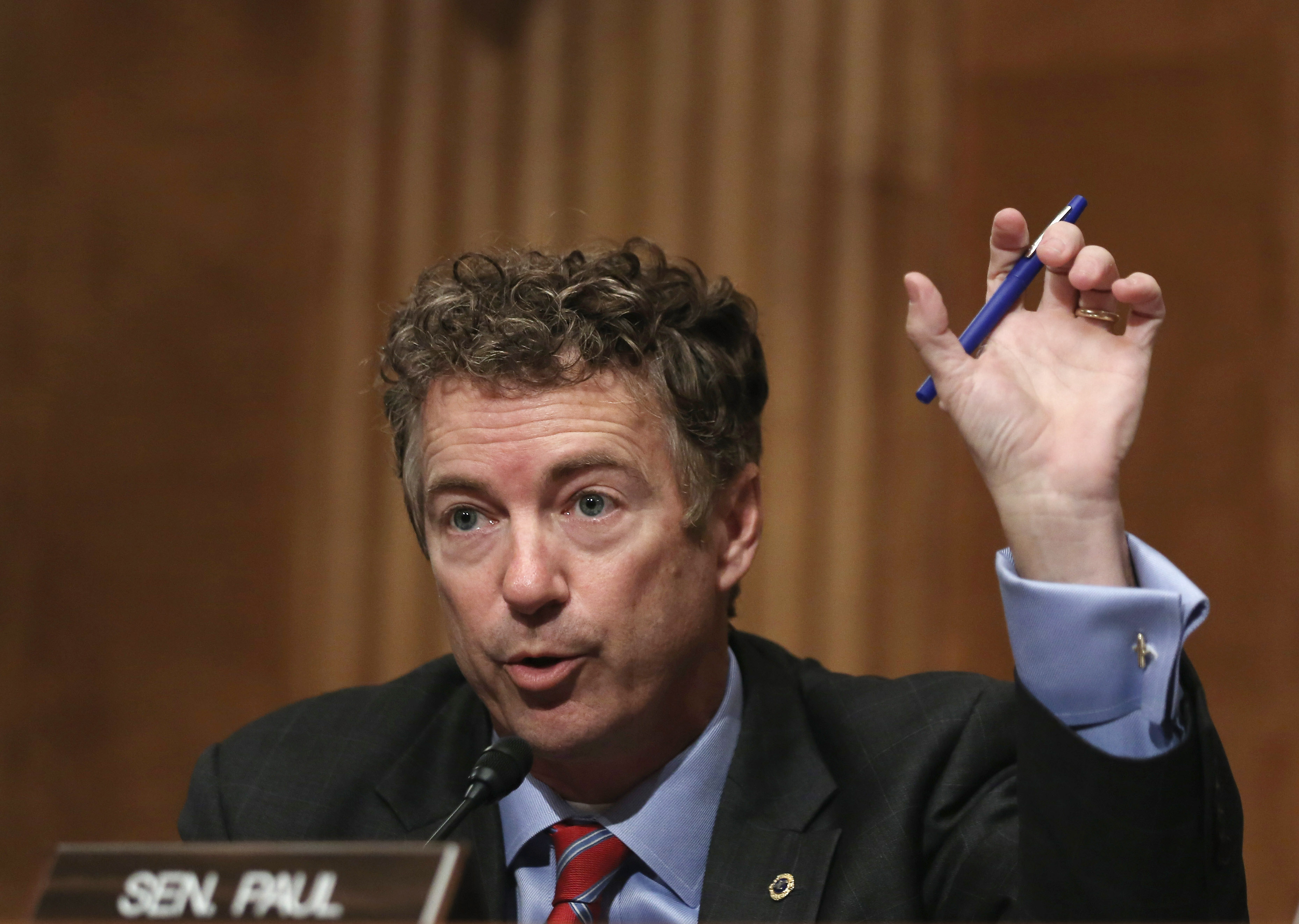 Three years away from the 2016 presidential election, the infighting among potential primary opponents has already begun.

In a hearing on Superstorm Sandy relief before the Senate Homeland Security and Governmental Affairs Committee Wednesday, Sen. Rand Paul, R-Ky., took Housing and Urban Development Secretary Shaun Donovan to task for allowing federal relief funds to be spent on television advertising aimed at bringing tourists back to areas that were devastated by the storm. But he also pummeledfreshly re-elected New Jersey Gov. Chris Christie, a fellow Republican, for appearing in those ads.

"Some of these ads, people running for office put their mug all over these ads while they're in the middle of a political campaign. In New Jersey, $25 million was spent on ads that included somebody running for political office. Do ya' think there might be a conflict of interest of there?" Paul asked. "You know, that's a real problem. And that's why when people who are trying to do good and trying to use taxpayers' money wisely, they're offended to see our money spent on political ads. You know, that's just offensive."

"It gives the whole thing a black eye," Paul concluded.

The Kentucky senator acknowledged that New Jersey wasn't the only state to use federal dollars for their "Stronger than the Storm" campaign. New York ran their own "Come See the Comeback" ad campaign, (which Paul opposed), but he implied the issue was mitigated by a law that prevents politicians from appearing in the ads.

Donovan defended the use of relief funds for television ads, saying that it was "clearly within the legal boundaries of what Congress has determined" the community development block grant program can be used for. He added that the campaigns have been very effective in growing economic development in hard-hit areas, which ultimately reduced the federal government's cost in aiding the recovery.

New Jersey is hardly the only state to rely on advertising to boost tourism after a disaster. After the 2010 BP oil spill, Florida, Alabama, Mississippi and Louisiana all ran ads to bring consumers back to their gulf towns - but many relied on an $89.5 million grant from BP to do so, and often featured local businesses and BP spokesmen.

Paul said he didn't think "a penny of taxpayer money" should go to advertising, also citing the administration's use of federal dollars to run an ad campaign urging people to sign up for the Affordable Care Act.

Christie has come under fire from other New Jersey Democrats, including Barbara Buono, his opponent in the New Jersey governor's election, for appearing in the ad, but Paul is the most high-profile public official to charge that he behaved inappropriately.

But Christie has his Republican fans, too. After Gov. Susana Martinez, R-N.M., went to stump for Christie in the final days of his campaign, Sen. Orrin Hatch, R-Utah, reflected that the pair "would make a great ticket."

"I think that [Christie] really is an exceptionally tough, smart, good conservative who literally appeals across the board, which is what the Republicans need to have," Hatch told reporters on Capitol Hill, according to Politico. "And let's face it, Susana Martinez has a lot of qualities that would help a lot of people to understand that the Republican Party is a broad base party."

Martinez told Real Clear Politics' Scott Conroy that the nation's first female president is "long past overdue," but isn't interested in seeking the position herself. But what about V.P.?

"I'm so focused on New Mexico," she said.