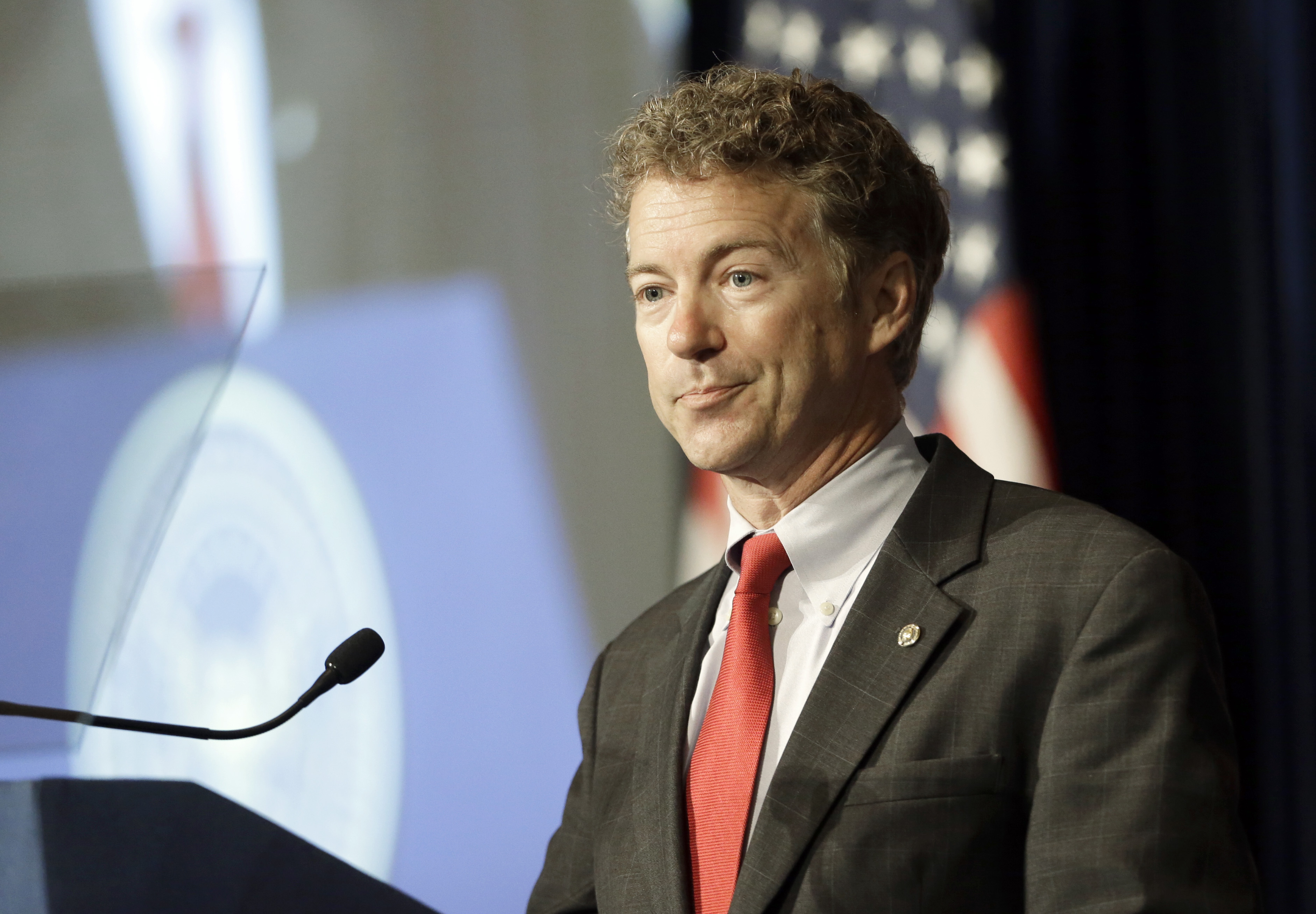 WASHINGTON Kentucky Sen. Rand Paul said Friday that Republicans could appeal to a broader electorate in blue states like California by connecting with voters who have shunned the party in the past and by being big enough to agree to disagree on some issues.

Paul, who is considering a presidential campaign in 2016, said the path to victory needs both principle and pragmatism, noting that the GOP is consistently losing campaigns on the West Coast, in New England and in Midwest states like Illinois. Invoking President Ronald Reagan during his speech, Paul said Republicans need to become a "bigger, more inclusive party" to restore their fortunes.

"I think the party can be big enough to allow people who don't all agree on every issue. It's not going to change who I am or what I talk about but I think we can be a big enough party to include people," Paul said at the Ronald Reagan Presidential Library in Simi Valley, Calif. "It's like when you talk to your family — do you agree on every issue?"

Paul, the son of former Texas Rep. Ron Paul, said the party should not "dilute" its message of limiting government's reach and curtailing spending but said it needs to put together a broader coalition that includes Hispanic and black voters. He urged Republicans to appeal to voters on issues like the environment and education that have been more associated with Democrats.

"If we want to win in bluish-getting-bluer states like California, we have to change the current perceptions of who we are," he said.

The libertarian senator has challenged Republicans to confront the results of the 2012 election, saying it requires outreach to new voters and a willingness to reform government. He won applause at the California speech when he pointed to a bill he has introduced that would require the Senate to hold off voting on a measure for one day for every 20 pages of legislation it considers. He quipped that President Barack Obama's health care reform law would have required a long wait.

The speech honoring Reagan, who remains revered within the party, capped a month that took Paul to the early voting states of Iowa and New Hampshire. He held fundraisers in Silicon Valley earlier in the week and met with executives and employees representing technology companies such as Google, Facebook and eBay.

In June, Paul is scheduled to headline fundraisers in South Carolina and make another trip to Iowa, giving him more visibility among Republicans searching for someone to help it rebound from two terms under Obama.

"When the Republican Party looks like the rest of America, we'll win again," Paul said.