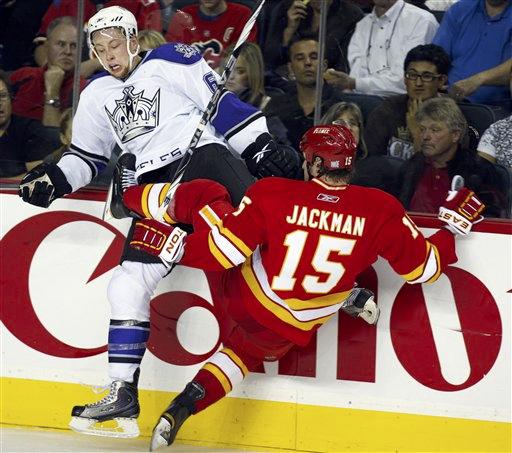 The sheriff confirmed Wednesday that the deaths of six family members in a remote ranch home were a murder-suicide carried out by a district attorney's investigator, who killed his mother, wife, three children and himself with his service weapon.

Sheriff Bob Doyle said David McGowan, 44, left a trail of bloody sockprints and song lyrics behind as he went on his killing spree in the middle of the night Tuesday, shooting each victim in the head as they slept.

The victims included his three children — his 14-year-old son Chase, and daughters Paige, 10, and Rayne, 8. Also killed were his wife Karen, 42, and his mother, Angelia McGowan, 75. The McGowans have an older son stationed in Iraq, Doyle said.

Investigators are still looking for a motive, the sheriff said, because McGowan seemed happy at work and at home.

"Although we did not find a suicide note, there was a piece of paper next to the computer with song lyrics from the Los Lonely Boys which read 'Woe is me. I'm looking forward to seeing you in the next life,"' he said.

"This investigation is not complete," Doyle said. "What was troubling this young man that he would do such a tragic thing?"

The tape of that call was played by Doyle on Wednesday; a gunshot and several thumps can be heard, apparently McGowan and the telephone falling to the ground. His body, a gun and the phone were found close to the entrance of the home.

No one spoke on the very brief call, but the dispatcher immediately sent two patrol cars to the home.

Friends and neighbors said McGowan, who helped prosecutors in Riverside County prepare cases for trial, did not give any clues that something was so wrong.

At the school where the McGowan children were in the second, fourth and eighth grades, administrators sent a note home to parents informing them of the deaths, reports the Los Angeles Times.

"We will miss the children greatly," part of the note read. "Your children should know that the Riverside County Sheriff's Department is actively investigating and that they have no need to worry."

"There was no indication whatsoever that something like this was going to happen," said Ingrid Wyatt, a spokeswoman for the district attorney's office. "He had a standard type of case load, the same that any other investigator had."

Pat Whittle, an accounts manager for the Garner Valley Homeowner's Association who has known McGowan for 10 years, said she was shocked to hear the news.

"He was wonderful," she said Tuesday. "It's hard to believe that things like this happen to people you know."

Karen McGowan had worked as a firefighter in Cathedral City before quitting to raise the couple's children, the Times reports. She was often seen working on the couple's property, doing cement and electrical work, and had spent the last two summers cutting down beetle-infested pine trees for neighbors who could not afford to remove the fire hazards.

"She was tough," said Whittle. "She had a little side business cutting trees — think she called it Sawbucks."

The remote, mountainous area where the McGowans lived about 100 miles southeast of Los Angeles is well-known for its horse ranches, nestled among rolling meadows and tall pines.

"We're a very high-end horse community and mountain community. Lots of wealth, lots of people who moved from the rat race of L.A.," said resident Karen Price in an interview with paper. "We're still kind of in shock…. I mean, we don't lock our doors, and we have $2-million homes. This can't happen here."