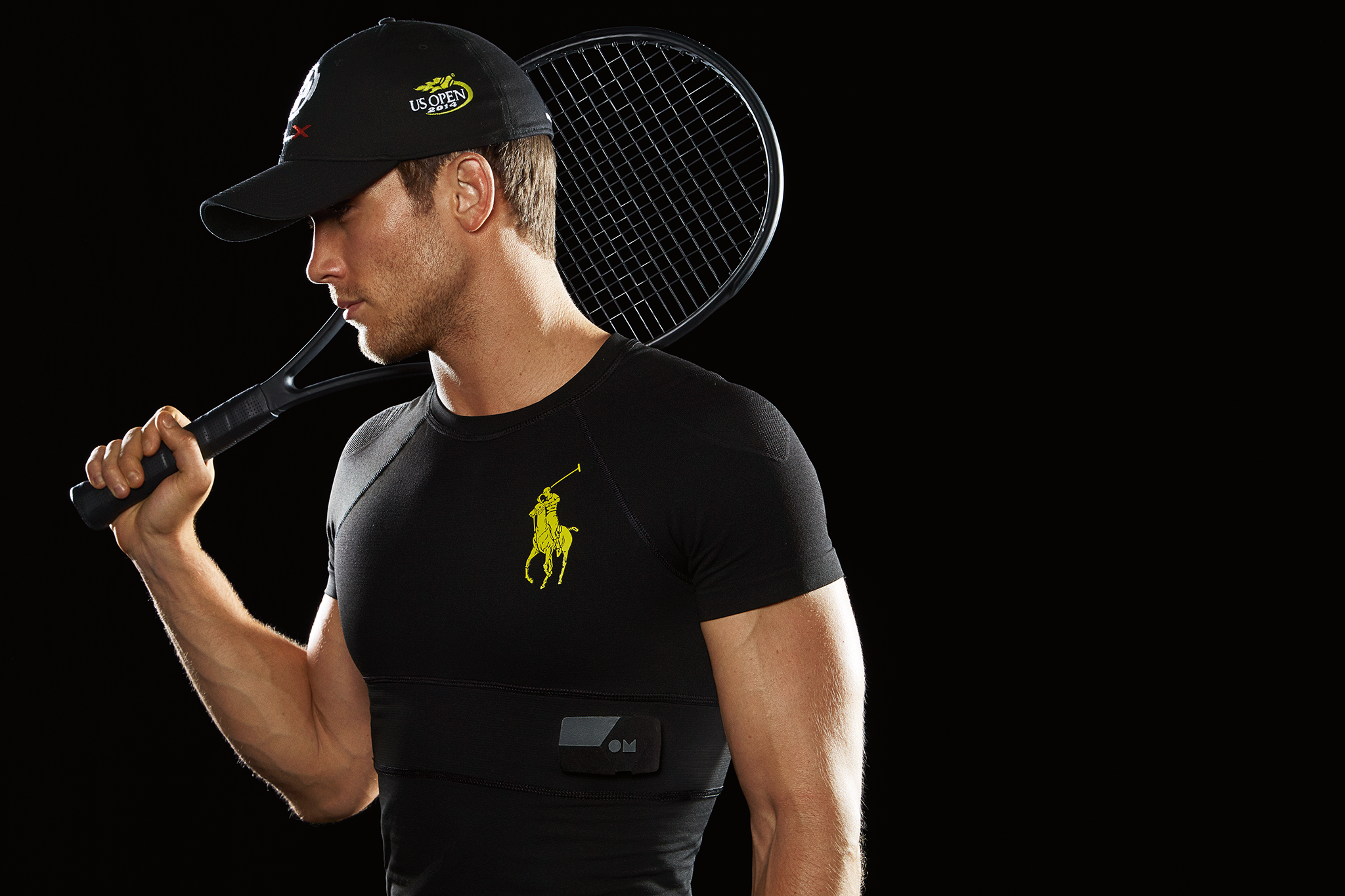 At the U.S. Open, tennis' top seeds may be serving up the action on court, but this year, the ball boys are also getting attention, debuting one of the most cutting-edge accessories in sports - the Ralph Lauren polo tech shirt that tracks the wearer's heartbeat, respiration and movement, CBS News' Michelle Miller reports.

"This is a pretty cool idea," said ball boy Jorge Cabrera. "I like that it's actually full on the body versus say, a watch."

"To demonstrate this new wearable technology on the courts is an amazing platform for people to see it tested at the highest level of performance," Lauren said.

Bio-sensing silver fibers are woven into the nylon compression shirt. Data on heart and breathing rates, stress levels, steps taken and calories burned stream from an attached black box to an app on your smartphone or tablet. No plugs, no wires - the shirt is the sensor.

Tournament director David Brewer said the features are promising for the sport.

"We've been fascinated by statistics and background data that we've been compiling," Brewer said. "This gives us a good opportunity with ball persons to see how they deal with the stress, heat, respiration, all the things typically that players would deal with."

"It will help me understand my body a lot more, how I'm improving day to day in terms of endurance and strength, what I need to do to recover faster and improve," Giron said.

Lauren plans to start selling the athletic shirts this spring. He expects to see the technology soon woven into their classic dress shirts, and more.

"This will no longer just be used for a sporting idea," Lauren said. "Someone walking down the street might want to know how their heart is doing, how they're breathing. Someone in a boardroom might be very curious about their stress levels, and someone might want to monitor their child at home in a crib and no longer just look at them visually.

"We're living in a culture where people are gathering information to live a happier, healthier and better life."

No word yet on what they will cost.