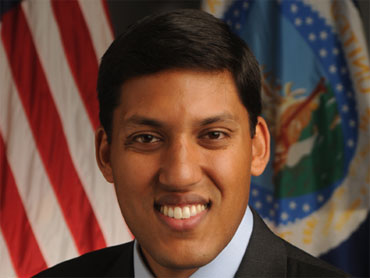 The Obama administration nominated a young former executive with the Bill and Melinda Gates Foundation to run the nation's top foreign assistance program Tuesday, ending months of speculation and complaints about who would take the vacant post.

President Barack Obama has chosen Rajiv Shah, a medical doctor and currently a senior official at the Agriculture Department dealing with food security, to run the U.S. Agency for International Development. In a statement, the president said Shah brings "fresh ideas" and an "impressive background" to the post.

Shah's selection, which must still be confirmed by the Senate, would end a 10-month leadership vacuum at USAID, which has been operating with an acting director since Obama took office despite his campaign pledges to have the agency play a greater role in foreign policy.

Obama and Secretary of State Hillary Rodham Clinton have said USAID is crucial to deploying their preferred "smart power" foreign policy strategy, which envisions more equal roles for diplomacy and development alongside defense. They plan to double the amount of foreign aid.

The agency will play a key role in the administration's efforts in Afghanistan and Pakistan, where officials believe the civilian component must be strengthened.

But the top job at the agency has remained vacant until now, with several prime candidates withdrawing from consideration amid a White House vetting process that Clinton denounced in July as "ridiculous," "a nightmare," and "frustrating beyond words."

Shah, 36, whose family immigrated to the U.S. from India, is now the Undersecretary for Research, Education and Economics and Chief Scientist at the Agriculture Department where he manages a budget of more than $2.6 billion and more than 10,000 staff around the world.

Before that, Shah had several positions at the Bill and Melinda Gates Foundation, including managing its $1.5 billion contribution to a global vaccination fund and helping launch the foundation's Global Development program where he oversaw a $1.3 billion investment portfolio.

The lingering USAID vacancy, particularly after several leading candidates pulled out, had upset development experts and Congress. Some lawmakers had suggested that Obama choose someone who had already gone through the vetting process.

Shah fits that bill and has important political credentials, having worked for several leading Democratic politicians.

If confirmed, Shah will take over a weakened agency that has seen its staff cut and some functions folded into the State Department. Many in the development community worry that State plans to keep control of the aid agency's budget, with the new administrator answering to a deputy secretary of state.

Given that speculation, and the delay in appointing an administrator, David Beckmann, co-chair of the Modernizing Foreign Assistance Network, said the administration needs to move quickly in defining Shah's responsibilities.

"They're going to need to give him some clear signals that he has real power," Beckmann said.