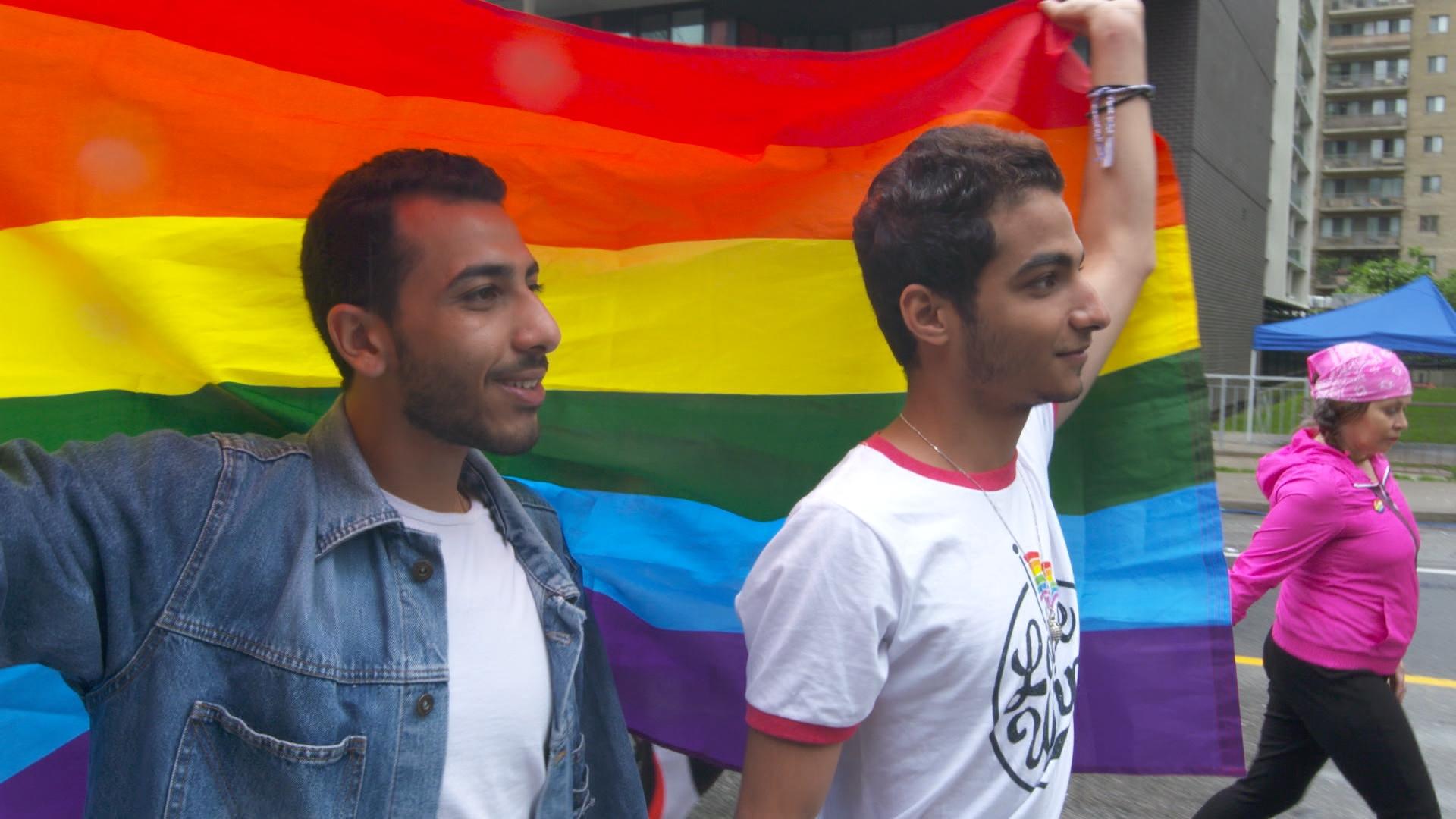 Global gains in LGBT rights, including marriage equality, have been met with backlash in many parts of the world. This year alone, Brunei adopted the death penalty as punishment for gay sex, then – in the face of mounting international pressure – announced it would not enforce the punishment. Brunei is one of 70 countries worldwide where same-sex relations are a crime, in seven of those countries punishable by death. Jon Wertheim reports on an organization called "Rainbow Railroad" dedicated to helping LGBT individuals escape persecution, violence and sometimes death in their home countries on the next edition of "60 Minutes," Sunday, May 19, 7:00 p.m., ET/PT on CBS.

Founded in 2006 and based in Toronto, Rainbow Railroad has helped 600 LGBT individuals leave 22 hostile countries. Kimahli Powell is its executive director. "The majority of people that we help have told harrowing stories of being hunted down, of being excommunicated by their churches, their families, their communities, and so they've come to us really desperate," he tells Wertheim.

In 2017, reports surfaced of authorities in the Russian republic of Chechnya rounding up, torturing and in some cases killing men they suspected of being gay. The Chechen leader has publicly denied the existence of gay citizens. Wertheim speaks to a gay Chechen man who was able to find safety with the help of Rainbow Railroad. Usman, whose identity "60 Minutes" conceals at his request because he fears for the safety of his family back home, was swept up in the Chechen "purge" and subjected to torture by electric shock. "They tied my hands behind my back. And they beat me. They kept asking me for names and phone numbers," he says. He goes on to explain that his captors wanted him to give up the names of gay men he knew.

Usman was one of 42 Chechens Rainbow Railroad helped bring to Canada after the 2017 crackdown in the Russian republic. The Chechen migrants have since been granted permission to stay in Canada.

Wertheim also interviews a group of LGBT migrants from Egypt. Rainbow Railroad helped bring them to Canada after they were caught up in a crackdown in Cairo. In 2017, Ahmed Alaa and Abanoub Elias raised the rainbow flag, a symbol of gay pride, at a concert in Cairo given by a band whose lead singer is openly gay. Egyptian media denounced the flag-raising and authorities began arresting LGBT citizens. Alaa spent months in jail. Elias went into hiding. The friends were reunited in Toronto last year with the help of Rainbow Railroad. They have since been granted asylum in Canada.

In a full-circle moment for Alaa and Elias, Mashrou Leila, the band whose concert sparked the LGBT crackdown in Cairo, was in Toronto to play a show and wanted to meet the Egyptian exiles. Alaa and Elias attended the concert along with other Egyptians who escaped their home country with the help of Rainbow Railroad. "When I was in the jail, I know that I will be able to hear this music again," said Alaa. "I raise the flag again with Abanoub. It was an amazing moment for me. I can do what I want now. I'm safe."