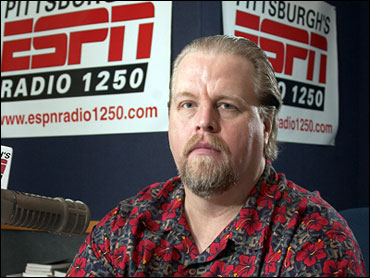 Pittsburgh-area sports radio host Mark Madden has been permanently taken off the air by ESPN.

The Pittsburgh Post-Gazette has quoted Madden as saying he had hoped Sen. Edward Kennedy "would live long enough to be assassinated." The Massachusetts Democrat has a brain tumor.

Madden made the remark during his show Wednesday. The show has aired weekdays from 3 to 7 p.m. on 1250 ESPN. Madden was last heard on the air Thursday, the day before his comments appeared in the Post-Gazette.

ESPN spokesman Josh Krulewitz says the network removed Madden from the air "pursuant to our contractual rights." He says the comment was inappropriate and that ESPN and Madden had apologized to listeners.

Madden has been in trouble with his employers in the past for his often crude, sexist and homophobic brand of humor, reports Paul Martino of CBS affiliate KDKA-TV in Pittsburgh.

Madden could not be reached for comment Tuesday night.