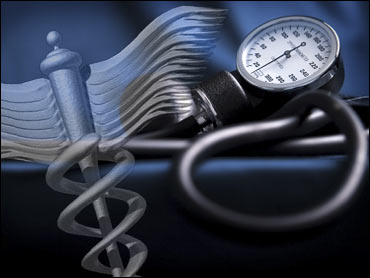 The lives of nearly 8,000 black Americans could be saved each year if doctors could figure out a way to bring their average blood pressure down to the average level of whites, a surprising new study found.

The gap between the races in controlling blood pressure is well-known, but the resulting number of lives lost startled some scientists.

"We expected it to be big, but it was even larger than we anticipated," said the lead author, Dr. Kevin Fiscella of the University of Rochester School of Medicine & Dentistry.

The study, released Monday in the Annals of Family Medicine, is being called the first to calculate the lives lost due to racial disparities in blood pressure control.

Fiscella said he believes steps can be taken to erase that gap. But a second article in the same journal found that racial differences in blood pressure treatment persisted in England despite a national health system that provides equal access to care.

Doctors may not be providing proper care, but some black patients may not be taking prescribed medicines or following medical advice, said Christopher Millett of the Imperial College of London.

However, another researcher said it is unfair to blame the patient.

"'Compliance' to me is a hateful word. It says, 'I the great doctor and we the great health care service inform you what needs to be done and you don't do it because you're stupid, you're incompetent'... I don't accept that at all," said Dr. Jeremiah Stamler, professor emeritus of preventive medicine at Northwestern University's Feinberg School of Medicine.

High blood pressure - often called the "silent killer" because it has no symptoms - increases a person's chances for heart disease, stroke and other serious problems. But it's easy to check for and usually can be controlled through exercise, diet and medicine.

For decades, doctors have noted that a higher percentage of black Americans have high blood pressure than whites. The reasons for that include poverty and cultural habits. Both can prevent people from exercising, eating healthy foods and getting in to see a good doctor.

The study suggesting 8,000 black lives are lost due to uncontrolled blood pressure is based on earlier research that finds that about 40 percent of black adults have high blood pressure, compared with about 30 percent of whites.

Fiscella and his colleague, Kathleen Holt, made a series of calculations. They took estimates of how each point of increased blood pressure affects the likelihood of death, and put it in a formula that included the difference in black and white blood pressure readings.

Those differences caused about 5,500 extra deaths from heart disease and about 2,200 deaths from stroke each year.

The second study, done in England, looked at the electronic medical records of about 8,900 patients in southwest London, who are covered by that country's national health insurance system.

The researchers also looked at patients who were sick with one or more conditions like heart disease, kidney disease and diabetes. They found that blood pressure control was much worse in blacks than whites.

Patients' failure to regularly take their medicine may be one factor. Another may be that certain medications work better for blacks, but some doctors may be overlooking that difference, said Millett, a consultant in public health for Imperial College.

Former U.S. Surgeon General Dr. David Satcher said changes need to be made to make sure minority patients can get good medical care when they need it. But there also needs to be more done to make sure patients understand medical directions and feel comfortable asking questions when they don't.

"It's very clear we need to target our efforts to differences in" how well patients follow medical advice, said Satcher, who is now an administrator at Atlanta's Morehouse School of Medicine.
By AP Medical Writer Mike Stobbe