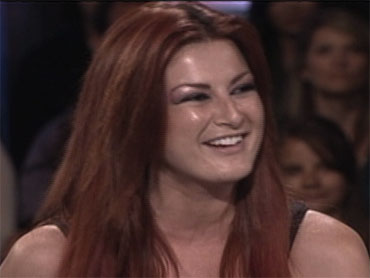 The latest houseguest to be evicted from the "Big Brother" house says she was "shocked."

Rachel Reilly, a 26-year-old "chemist"/cocktail waitress from Las Vegas Nevada told "Early Show" co-anchor and "Big Brother" host Julie ChenZ says she thinks the others showed her the door because they were "scared of me as a competitor."

Almost from Day One, Rachel and Brendon had been involved in a "showmance." He had declared his love for her many times. She had been affectionate, but upset with Brendon for not winning more competitions, in light of the target on their backs as a "power couple," an alliance that the other houseguests wanted to break up.

Mostly, the others found them annoying, both individually and as a couple.

As a result of aggressive if not ruthless play Rachel was sent home by a vote of 6-0: