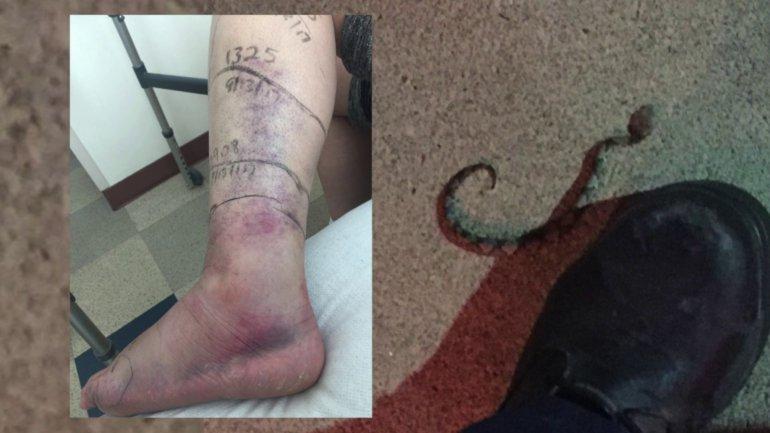 FREDERICKSBURG, Va. -- A Virginia woman was recovering Monday after being bitten by a copperhead snake during a restaurant visit.

Rachel Myrick tells The Free Lance-Star she was at a LongHorn Steakhouse in Spotsylvania County earlier this month when she felt a sharp pain in her left foot.

CBS News affiliate WTVR-TV reports Myrick was with her 13-year-old son and her boyfriend, Michael Clem, when the incident occurred. She initially thought she had been stung by a bee.

She reached down and realized she'd been bitten three times by a roughly 8-inch long copperhead snake that got into the restaurant's foyer.

Myrick says the pain was excruciating. She was taken to a hospital for treatment, where she was given antivenin.

Myrick was released from the hospital on Sunday, according to WTVR-TV. The bites caused swelling to spread past her knee, all the way to her hip and thigh. It will likely take at least three months to fully recover.

A spokesman for LongHorn says the restaurant chain wants to provide any assistance it can to Myrick. The restaurant is taking steps to prevent anything similar from happening again.

According to the Virginia Herpetological Society, copperheads are one of three venomous snakes that are found across Virginia. Their bites are typically not fatal to humans, but can be very painful.

It remains unclear as to how the snake entered the restaurant.