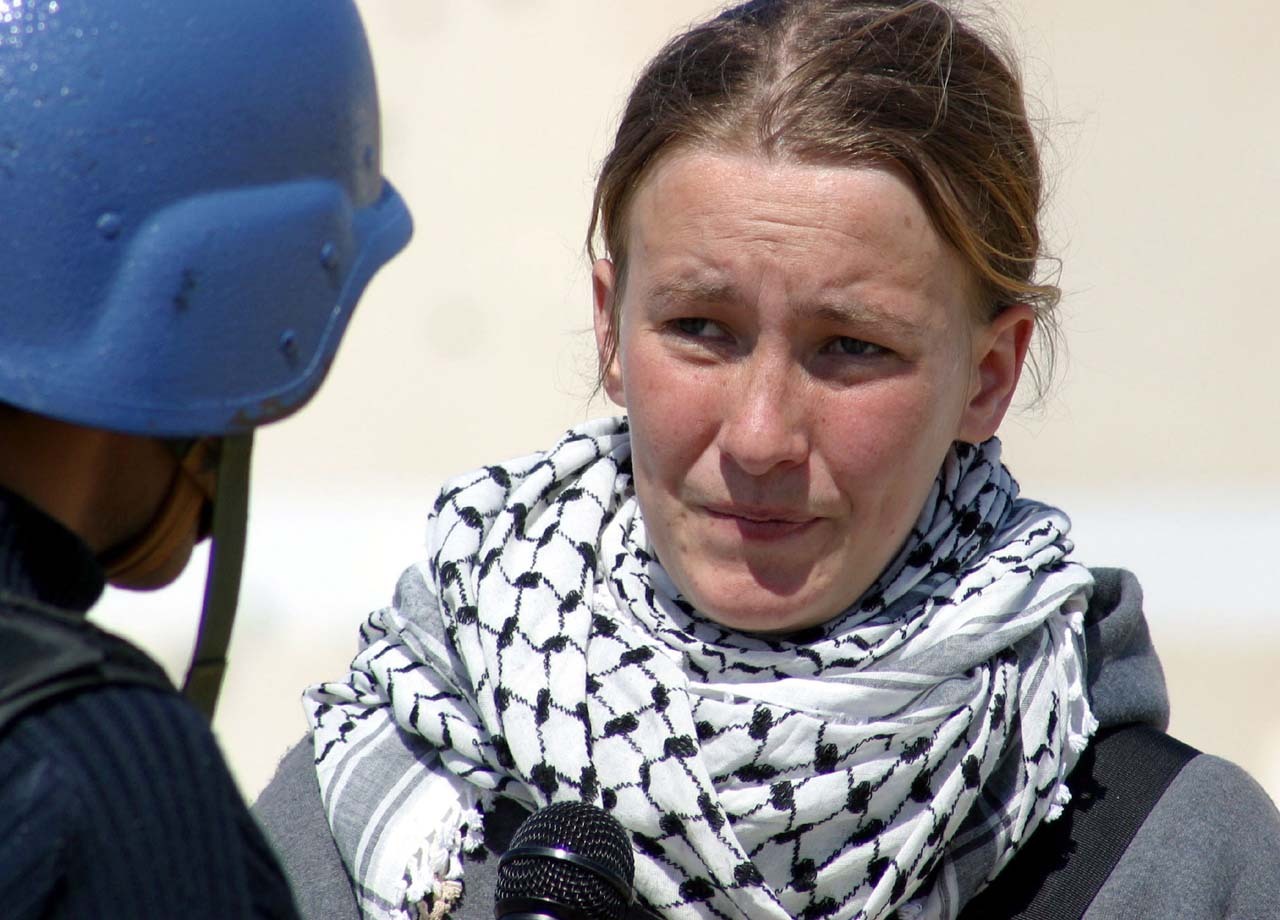 (AP) HAIFA, Israel — An Israeli court ruled Tuesday that the military was not at fault for killing a U.S. activist crushed by an army bulldozer during a 2003 demonstration, rejecting a lawsuit filed by her parents.

The bulldozer driver has said he didn't see 23-year-old Rachel Corrie, a pro-Palestinian activist, who was trying to block the vehicle's path during a demonstration in the Gaza Strip against the military's demolition of Palestinian homes.

Explaining the district court's ruling, Judge Oded Gershon said Corrie "put herself in a dangerous situation" and called her death "the result of an accident she brought upon herself." He said the military conducted a proper investigation and rejected the Corrie family's request for a symbolic $1 in damages and legal expenses.

Corrie's family, who flew in from the U.S. for the verdict, lamented the court's ruling. Their lawyer, Hussein Abu Hussein, said he would appeal the ruling to Israel's Supreme Court.

"We are of course, deeply saddened and deeply troubled by what we heard today," said her mother, Cindy Corrie of Olympia, Washington. "I believe this was a bad day. Not only for our family but for human rights, the rule of law, and also for the country of Israel."

Corrie's sister, Sarah, held up a picture of her sister lying lifeless in bulldozer tracks. The family's lawyer, Hussein Abu Hussein pointed at it: "How did the bulldozer not see her?" he asked. To say that the driver did not see her "is lies to the living and also lies to the dead."

The home demolitions were part of an unsuccessful campaign to halt thousands of attacks on soldiers and Jewish settlers in southern Gaza, along the border with Egypt, in the preceding 3 ½ years. On the day Rachel Corrie died, she and other activists had entered a closed military zone to protest the demolition policy.

According to the U.N. agency handling Palestinian refugees, the military had left more than 17,000 Gazans homeless in the four years after a Palestinian uprising against Israel erupted in September 2000. The demolitions drew international condemnation at the time.

In her death, Corrie became the embodiment of what Palestinian activists say is Israel's harsh repression of nonviolent protest to occupation. Israel says by entering conflict zones to try to interfere with military activities, activists recklessly choose to risk their lives.

Her parents have relentlessly pursued her case since going to court in 2005 after a military investigation cleared the driver.

They say they have spent $200,000 to fly in witnesses, attend 15 hearings and translate more than 2,000 pages of court transcripts.

At the news conference, Cindy Corrie read a passage from one of her daughter's letters, biting her lip as her husband, grim-faced, held a microphone for her.

"Life is very difficult. Human beings can be kind, brave and strong, even in the most difficult of circumstances," Rachel Corrie wrote. "Thank you for existing, for showing how good people can be, despite great hardship."

The Corrie case was the first civil lawsuit of a foreigner harmed by Israel's military to conclude in a full civilian trial. Others have resulted in out-of-court settlements.