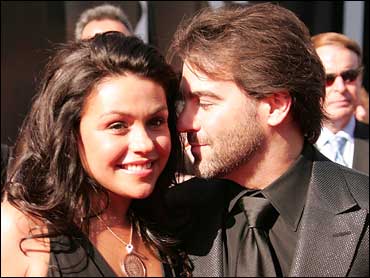 Rachael Ray says reports that her marriage is in trouble are simply not true.

She says that she found out about the rumors when a friend sent her a text message while she and her husband of almost two years, musician John Cusimano, were "having margaritas and planning our anniversary."

Ray says that she and Cusimano are extremely happy and that she's more amused than annoyed by the gossip.

The New York Post's Page Six ran a story Monday claiming that insiders told the column the couple is "going through a messy breakup."

My Morning Jacket performs “In Color”