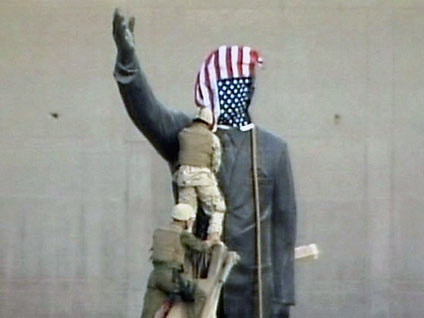 The military father-and-daughter team was eliminated during The Amazing Race's third leg in Argentina.

Though Jim and Marsha McCoy knew they were running behind, they were surprised to hear their race was run.

"We were hoping that maybe one of the other teams would make a major mistake and that would not make us last," Jim McCoy tells The Early Show co-anchor Rene Syler.

Unfortunately, the team was done in by a ticket agent at the airport in Buenos Aires.

"We were the first ones to get to the airport," Marsha McCoy says. "We were the first ones in line at Argentina Airlines. And we were in a great spot to start the leg of the race. And I asked the woman for a confirmed flight ticket on the 9:10 flight for one ticket, because there was only one seat left on that flight. I said let's go ahead and confirm that seat for me and hope dad will go stand-by on the earliest flight. I said I also need two confirmed tickets for the later flight, just in case my father can't get on the earlier flight. And she shorted us a ticket for the second flight."

There was some miscommunication and, though the team asked for help, the McCoys were not even able to get on the 10:30 flight.

"We went up the ranks," says Marsha McCoy, "I begged this woman to help us and she just wasn't hearing it. Somewhere in the translation, it got lost."

Jim notes, "We got the airport manager and there was nothing they could do at that point."

And yet the team was still hopeful.

"We still thought we could catch up," Jim McCoy says, "At that point, we didn't know that the flight that we were on was going to be late also, though."

Marsha McCoy notes, "The flight that we ended up on, an 11:30 flight, ended up being 30 minutes delayed. So we were actually almost two hours behind the team. So once we got there, we actually ran a great leg of the race and we caught up to the other teams."

That was not the only thing the team encountered that was a challenge. At the start of the race, Jim endured a fall on a nail and even had to be taken to the L.A. Airport clinic to get 25 stitches.

And yet he continued on. Proud of her father, Marsha McCoy says, "He was in so much pain and he wouldn't admit to any of the teams that he was in that much pain because he didn't want to seem weak to them and he probably wanted to seem really strong for me as well."

What she learned from the race was how much strength her dad gave her along the way. She says, "When I knew he was hurting, my dad was so tough. I mean, just, he is a tough guy."