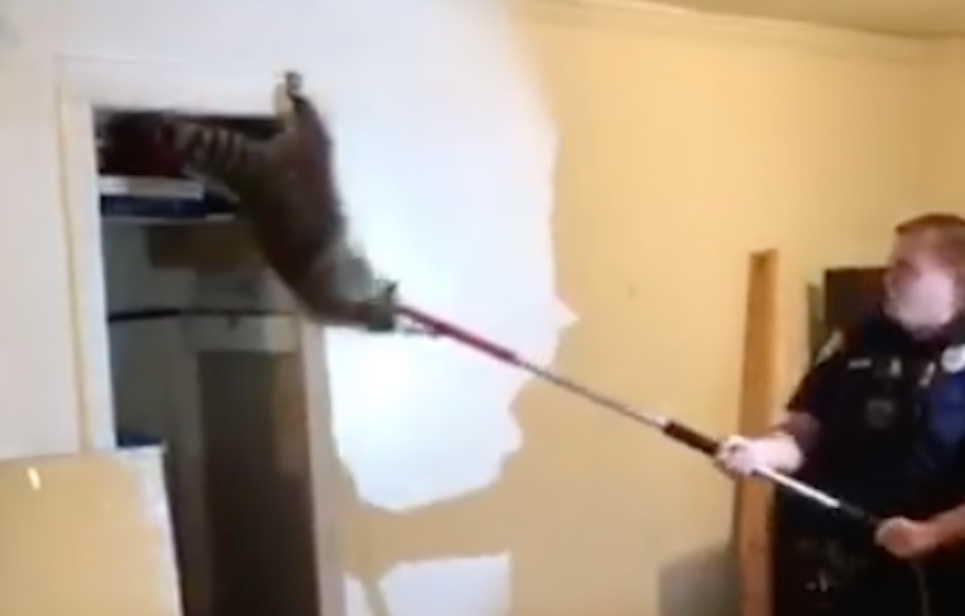 SHERIDAN TOWNSHIP, Mich. -- A family of raccoons created a chaotic scene when they fell through a ceiling and into the living room of a Michigan home. The Jackson Citizen Patriot reports that a homeowner in Sheridan Township sought help Friday after the raccoons fell from an attic.

Police and firefighters easily picked up the baby raccoons, but the mother eluded capture.

She bit a responder's gloves before hiding in a closet. The Albion Department of Public Safety posted video of the response on its Facebook page with the caption: "What do you do when you're sitting in your living room and a raccoon and her 5 babies suddenly fall through the ceiling onto your couch?"

Police said in a statement that a dog-catcher pole was used to collar the raccoon. No people or animals were injured in the incident.

The raccoons were taken away and released into the wild.