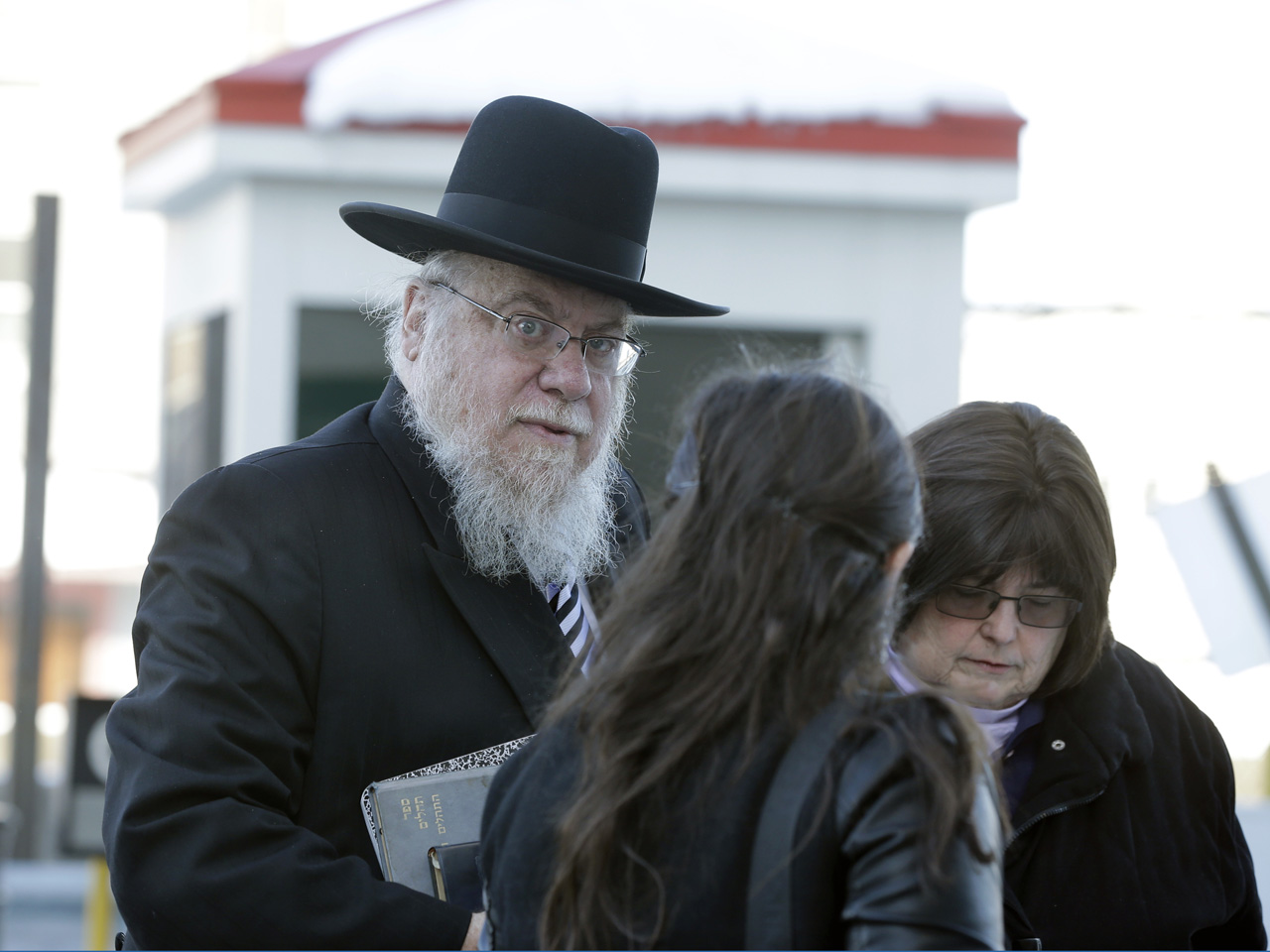 TRENTON, N.J. -- An Orthodox Jewish rabbi was sentenced Tuesday to a decade in prison after admitting to a judge he got caught up in his tough-guy image while leading a ring that coerced religious divorces from recalcitrant men.

Rabbi Mendel Epstein, 70, of Lakewood, was convicted in April of conspiracy to commit kidnapping after prosecutors said he led a team that used brutal methods and tools, including handcuffs and electric cattle prods, to torture the men into granting a divorce, known as a get. Epstein and nine others were caught as part of an undercover sting.

Jewish law mandates that the get be presented by a husband to a wife to make a divorce official.

"Over the years, I guess, I got caught up in my tough-guy image," Epstein told District Judge Freda Wolfson. "Truthfully, it helped me - the reputation - convince many of these reprobates to do the right thing."

Epstein said he was helping women out of a sense of compassion because they couldn't remarry without a get, but Wolfson noted that only a small part of the $60,000 he demanded from undercover agents went to the men brought along to rough up the fictitious husband.

"He did this regularly. He did this for money," Assistant U.S. Attorney Joseph Gribko said. "He understood exactly how out of hand this could get."

The kidnap team brought surgical blades, a screwdriver and rope to a staged kidnapping in 2013, and Epstein told undercover agents in recorded conversations that he arranged similar kidnappings every year or so.

In one of the recordings, he described how cattle prods were used.

"If (the cattle prod) can get a bull that weighs 5 tons to move, you put it in certain parts of his body and in one minute the guy will know"" prosecutors said Epstein told two undercover FBI agents posing as a brother and sister trying to force the sister's husband to grant the divorce.

Epstein's attorney, Robert Stahl, told NJ.com that he plans to appeal the conviction. He argued that Wolfson should consider the good deeds and charitable acts that Epstein - who wrote the 1989 book "A Woman's Guide to the Get Process" - performed during his life.

"Please, please, your honor. Have mercy," Epstein's daughter, Dina Gongola, begged the judge. "Please judge him as a whole human being."

But Wolfson said the 10-year sentence was needed to deter others in the Orthodox community to continue what federal prosecutors described as "paid vigilantism."

A second rabbi, Binyamin Stimler, 40, of Brooklyn, was sentenced to 3¼ years in prison for his role in the scheme. He was also convicted of conspiracy to commit kidnapping.