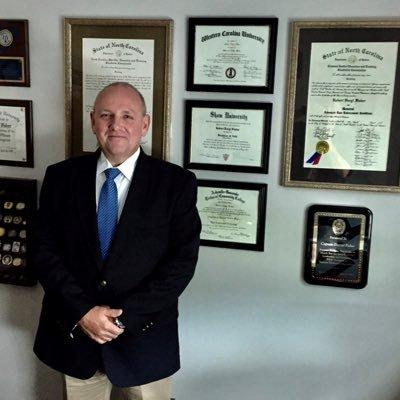 ASHEVILLE, N.C. -- A candidate for sheriff who supports gun restrictions has apologized after shrugging his shoulders and saying "OK" in response to gun control opponents who say their weapons would have to be taken from their "cold, dead hands." A video of Buncombe County sheriff's candidate R. Daryl Fisher delivering the line on March 7 has been shared more than 5,000 times since it was posted by a conservative site, The Red Elephants, on Saturday.

"Unfortunately, a one-sentence clip from that meeting has been taken out of context and circulated on social media with a false interpretation of what I actually said," Fisher said in a statement. "Anyone who watches the video in its entirety can see the truth and understand that my response was reasonable."

"I wish folks had not taken out of context what was said because statements saying I will kill people to take their guns is completely false," Fisher continued. "I want to let my supporters know that I am still in the race and people that know my true character know what is being said about me is completely wrong."

Some people responded to the post saying Fisher is the reason the United States has the Second Amendment.