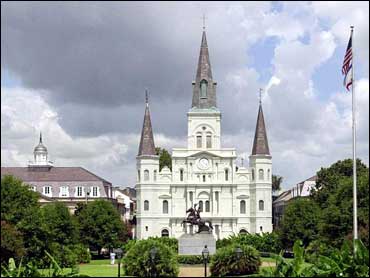 The state that originated a go-slow approach to weddings in the form of covenant marriages is about to step on the accelerator.

Seeking to boost tourism, the state House voted 70-23 Thursday to let out-of-staters get married in New Orleans without the normal three-day waiting period.

Currently only ministers who obtain a waiver from a judge can perform "quickie weddings." But anyone authorized to perform a marriage will be able to do so under the bill. The legislation must be approved by the Senate, which endorsed an earlier version, and Gov. Mike Foster.

"We're trying to make New Orleans a destination place like Bermuda is or like Las Vegas is," explained state Rep. Mitch Landrieu arguing for the bill on the House floor.

Opposition from conservatives abated with amendments that limited quickie weddings to non-Louisiana residents.

Supporters of the bill even include Rep. Tony Perkins, the author of the nation's first covenant marriage law. Covenant marriages, which are an option in Louisiana, Arizona and Arkansas, require pre-wedding counseling on the seriousness of the marriage commitment and make divorces more difficult to get.

Roughly half of U.S. states have waiting periods for marriage.