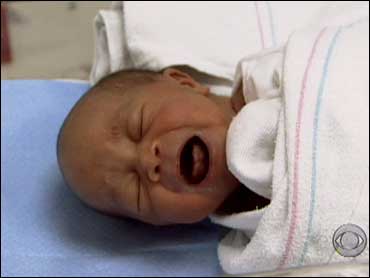 Josie Toland has undergone a lifetime's worth of medical procedures. She was born two months premature and developed serious lung problems. She's had tubes inserted to breathe and to eat, and constant sticks in her heels to draw blood.

"Babies have an average of 10 to 15 painful procedures per day in this unit," said Dr. Whit Hall of Arkansas Children's Hospital.

The study was conducted at French hospitals and monitored premature babies in their first 14 days of life. Each baby had an average of 75 painful procedures, like heel pricks and inserting breathing tubes; and almost 80 percent of the time, no medications were given to manage the pain.

"Everyone is so busy saving lives that they may tend to forget about the pain and the stress that the procedures in the newborn ICU are causing to the baby," said Dr. K.J.S. Anand of Arkansas Children's Hospital.

Anand is a leading researcher on pain and newborns. He says though there is general agreement in the medical community that babies feel pain; there is less of a consensus on how to handle it.

"The clinicians at the bedside may not be able to judge how intense is this child's pain," Anand said.

"So is this baby requiring any pain medication?" Gupta asked.

But the side effects of failing to treat a baby's pain could be behavior problems later on.

Today's report recommends trying to limit the number of procedures done on infants.

Doctors need to be as sensitive to a baby's pain as they are to an adult's, especially because the tiniest patients can't speak for themselves.