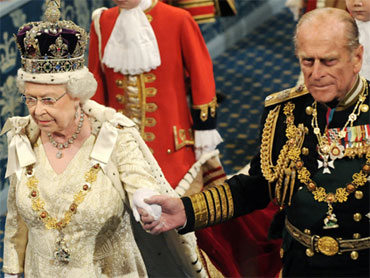 Buckingham Palace says that Britain's Queen Elizabeth II will visit the former site of the Twin Towers as part of her forthcoming tour of North America.

A palace spokesman said the 84-year-old monarch would pay her respects at the site on July 6, the same day she is due to address the United Nations General Assembly. He did not go into specifics.

Photos: The Queen at 80
Photos: Royals in Washington

The queen's son Prince Charles and his wife Camilla visited the site in 2005. Prince Harry, Charles' son and the third in line to the throne, was there last year.

The queen's U.S. visit will follow a weeklong tour of Canada in honor of the Canadian Navy's centenary and to mark Canada Day.

She is being accompanied by her husband, the Duke of Edinburgh, who turns 89 this week.