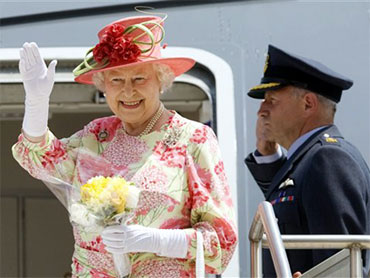 Buckingham Palace says Peter Phillips and his wife, Autumn, are expecting their first child in December, a baby who will be Queen Elizabeth II's first great-grandchild.

A statement issued Friday by the palace said "the Queen and Duke of Edinburgh, as well as Autumn's family, have been informed and are delighted with the news."

Peter Phillips, the son of Princess Anne, is the queen's oldest grandchild. He is 11th in line to the throne, and married Montreal-born Autumn in May 2008 at Windsor Castle.

Phillips, 32, is among the most low-profile members of the royal family, and he and his younger sister, Zara, are the only ones among the queen's eight grandchildren not to hold royal titles. Princess Anne turned down her mother's offer of the honors for her children.