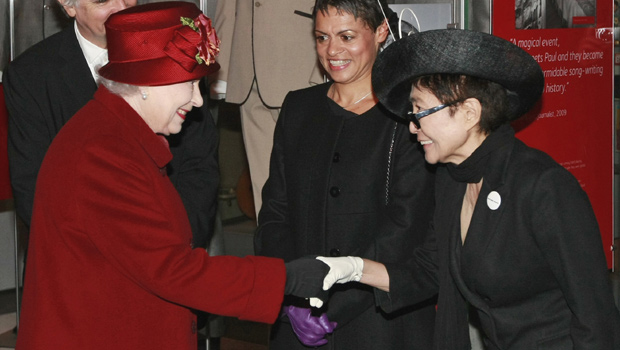 (CBS/AP)Queen Elizabeth II and Yoko Ono, the widow of John Lennon, formally met on a visit to Liverpool, the birthplace of The Beatles.

The British monarch chatted with Ono while on a visit to the Museum of Liverpool in the northwest England port city where the Fab Four formed.

Ono said she was impressed by the queen's burgundy coat, dress and matching hat, saying it "made her look so young, so elegant. She is always elegant."

In honor of the queen's trip to Liverpool on Thursday, the band of the Coldstream Guards played a medley of Beatles songs during the Changing of the Guard at Buckingham Palace in London.